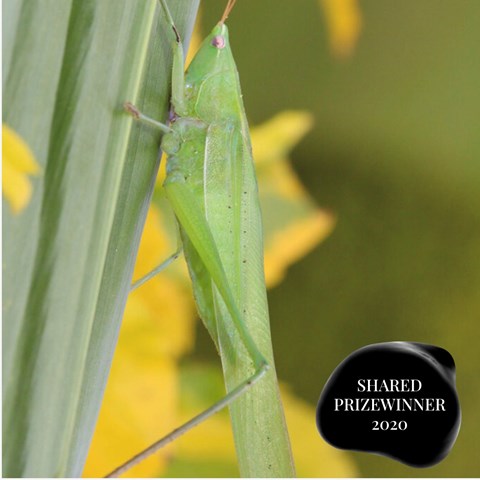 The International Centre of Insect Physiology and Ecology (icipe) has been awarded the Food Planet Prize, in recognition of the centre’s pioneering research and development activities on insects for food, feed and other uses. SLU and icipe have a lot of research in common and collaborate on several ongoing funded projects.

Dr. Segenet Kelemu, Director General of icipe, who visited SLU most recently in February this year, gives her view on the centre's insect research in conjunction to the award:

- We at icipe passionately believe that this pioneering work will make a difference in transforming the food system by contributing to food and nutritional security, human health, and environmental health. The population increase, combined with urbanisation, climate change, diminishing land and water resources, over- and undernutrition, persistent poverty, and a myriad of challenges, has created pressures on current food and economic systems.  Our work on insects for food/feed/other uses incorporates ‘greening’ measures into agricultural systems to mitigate climate change and conserve biodiversity among others, thus creating economically, socially and environmentally sustainable production systems.

Rickard Ignell, Professor at the Department of Plant Protection Biology at SLU and Chair of icipe's Programme Committee comments on the award as follows:

- I am very pleased to hear that icipe has received this prestigious prize. The award is important to confirm and highlight icipe's prominent research. The centre has with their research programme on INSEcts for Food and Feed, INSEFF, which was initiated five years ago, shown that they are competent to shoulder the responsibility of developing alternative and sustainable sources to animal protein.

Insect for Food and Feed Programme (INSEFF)
Insects have been consumed in many parts of the world for millennia, but their domestication for technically advanced farming in circular food and feed systems is a more recent innovation. INSEFF is a research platform at icipe that runs a set of research programmes on how to use insects as a protein source. The platform aims to intensify the transition to more circular and efficient insect-based production systems in Africa and worldwide, contributing to more resilient food systems.

Read the interview with Dr. Kelemu from when she visited SLU in February 2020 here.

The Curt Bergfors Food Planet Prize was established to find, recognise, and support initiatives and projects that can help us shift to resilient food systems and achieve food security already within this decade. This year's four prize winners receive US $1 Million each. icipe will share one out the four awards with Sanergy, a Kenya/United States-based organisation with the motivation that they already collaborate on a key area: alternative sourcing of food and feed.

The International Centre of Insect Physiology and Ecology (icipe), headquartered in Nairobi, Kenya is a pan-African and non-profit centre for research for development and capacity building in insect science and its applications. The Centres' mission is to help alleviate poverty, ensure food and nutritional security and improve the overall health status of peoples of the tropics. This is achieved by developing and extending management tools and strategies for harmful and useful arthropods, while preserving the natural resource base through research and capacity building. icipe celebrated 50 years in November 2020.