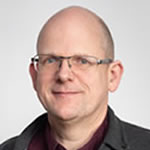 I am interested to dissect the genetic basis of variation in complex traits and use of this information in breeding programs. My research covers traditional livestock species as well as excursions to fish, mice and even plants.

I contribute to a number of undergraduate and PhD courses mainly related to genomic selection, poultry breeding and aquaculture.

My research focuses on linking DNA variation to functional variation in livestock and beyond. I am interested in experimental design as well as data analysis and bioinformatics. A large recent research project has been on the development of novel tools for molecular breeding in RA2 of Mistra Biotech.

A core area of my research is bone weakness in laying hens. This is a major welfare concern in all egg production systems but genetics can make a strong contribution.

In dairy cattle, I have been involved in projects about the genomics of fertility, modelling of susceptibility and recovery to mastitis, quality of colostrum, and variation in milk coagulation.

In the DEFEND project we are studying new ways to mitigate African Swine Fever (in pigs) and Lumpy Skin Disease (in cattle). In the REDIVERSE project we aim to strengthen the genetic improvement of red dairy breds across Europe.

Gigacow is SLU's investment in large-scale data collection from dairy farms. It is a university-wide resource that can also be used by external researchers. As coordinator, my job is to capture as many measurable characteristics (phenotypes) as possible from the cows on the farms participating in the network. We then supplement these measurements with genetic information from each animal as well as other information about the farms in order to better understand the interaction between animals, humans and production methods. My own research focus is on exploring the genetic characteristics of crosses and the potential for increasing animal health, productivity and resource efficiency on our cows. An important part of the work in Gigacow is to to collaborate with other parties in order to support work on technology and method development where our platform makes Gigacow a natural test bed for new sensors and machines. Method development is also an important part of genetics where both machines that analyze genetic material and the software that analyzes data are constantly being developed.

Defend2020 is an EU project in which we collaborate with researchers in Europe and Africa to stop the spread of Lumpy Skin Disease and African swine fever. In the project, SLU is responsible for the study of the interaction between viruses and host animals in order to better manage and fight the two viruses. An important part of the work is also to ensure that the tools produced by the project can be used by researchers and veterinarians all over the world.

We have established new research in the area of aquaculture. Together with Christos Palaiokostas we are repsonsible for the Swedish breeding programs in rainbow trout and Arctic charr. We collaborate with other Nordic countries in the Aquarctic project. I also chair the SLU Aquaculture platform, which aims to integrate and promote aquaculture research and education across SLU.

On the periphery I am Senior Editor for G3|Genes, Genomes, Genetics  and associate editor for Genetics.

*1-10-2007: Merger of the Roslin Institute with University of Edinburgh