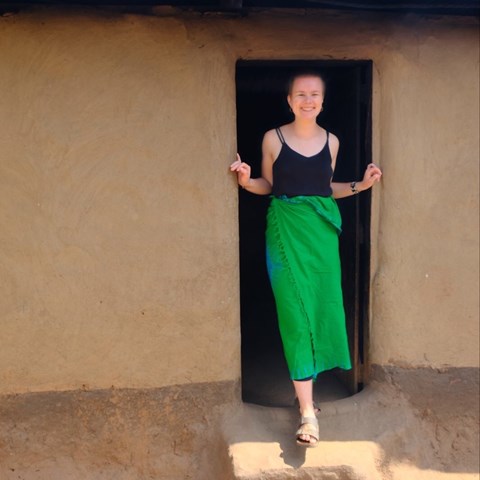 Josefine in front of the kitchen. Photo: Theresa Sänger

When doing my master’s degree in Global Studies at University of Gothenburg, I attended a course on adaptation to climate change organized by Per Knutsson who is one of the social scientists in the Drylands Transform team. During the course, he introduced his work on land rights in Kenya and the Drylands Transform research project as well as participation opportunities for master students. Followingly, I got the chance to understand more both as a research intern for the project and when collecting data for my MSc thesis with the interest in social factors impacting environmental issues.

A project annual meeting in November 2021 gave a kickstart to my work, where I got a quick overview of the research objectives. As an intern, I conducted a discourse analysis of portrayals of pastoralism and the drylands in Kenyan media. Arguably, these portrayals impact policy-makers views and thus laws on land tenure systems that are passed, which in turn influence not only pastoralist livelihoods but also the natural environment.

Women and their use of land to avoid conflicts

After finishing the internship, I went to Chepareria and Kacheliba in West Pokot with the aim to collect data for my MSc thesis on women’s rights to land. Specifically, I seek to shed light on the ways Pokot women use ‘commoning’ and privatization to mitigate gender-based violence and the double burden of care work and income-generating work.

Dependent on cutting trees for charcoal

Commoning refers to practices that sustain the community, including the natural environment, particularly when formal governance mechanisms and market dynamics are absent. Although having just begun the analysis of the data, I have identified three preliminary findings. First, women prefer private title deeds because it enables the household to take loans to pay for expenses like household items and school fees. Secondly, women in some of the research sites have started to become dependent on the cutting of trees for charcoal production in recent years to pay for these expenses. And third, Pokot women are dependent on marrying men to gain access to land due to traditional patrilineal inheritance of land. 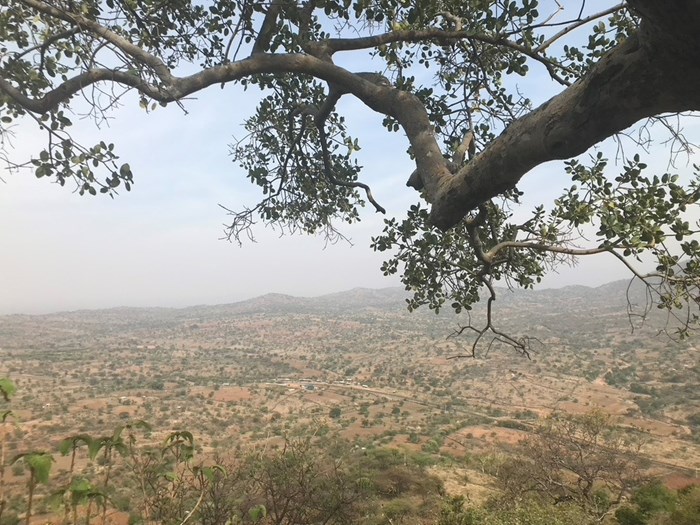 View of the enclosed landscape from Mt. Morbus, on 6th of February 2022. Photo: Josefine Krueger 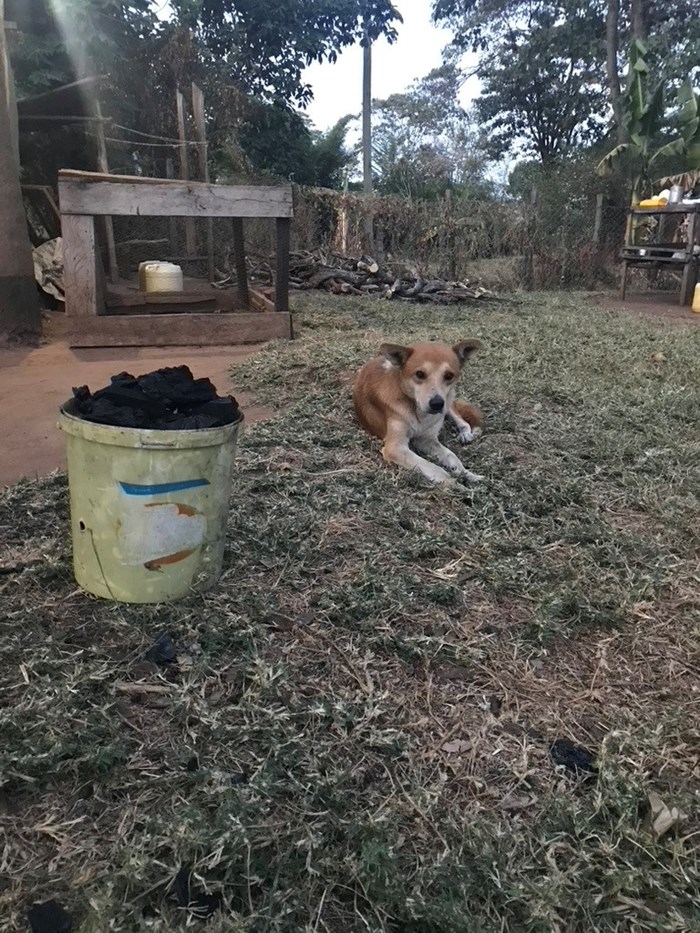 A dog with a bucket of charcoal for cooking. Photo: Josefine Krueger 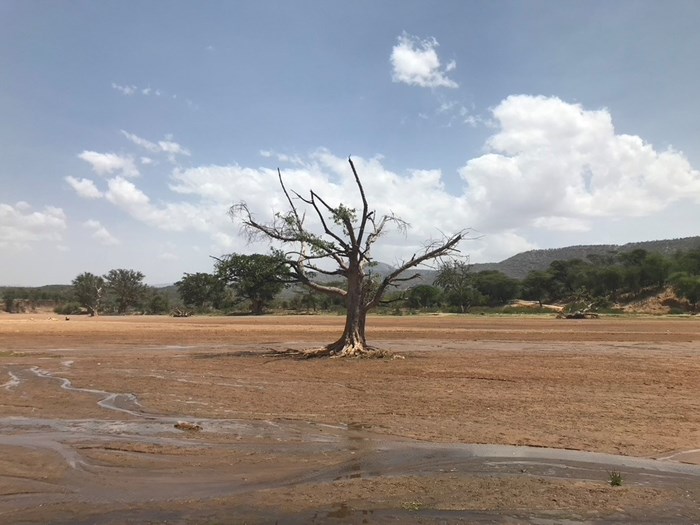 A tree in the riverbed of river Chesra during the dry season. Photo: Josefine Krueger

Valuable support and memories for the future

Further analysis will show more of the interconnections of these findings and will also reveal strategies of the interviewed women on how to deal with these dependencies as well as the responsibility to pay for household expenses in addition to care work based on commoning practices and the ongoing privatization of land in West Pokot. Throughout the field work I have been supported by my supervisors James Drew and Per Knutsson with valuable insights from years of research on pastoralist communities in Kenya.

Memorable during my time in Chepareria have been the enthusiasm of the Pokot to show me and include me in their traditional celebrations, such as the initiation ritual sapana or weddings, as well as the curiosity I experienced while interviewing that let me become the interviewee at times.

Drylands Transform is a 4-year research project funded by Formas that started up during the Covid-19 pandemic in October 2020. It includes an interdisciplinary research team representing SLU and seven other universities and international organisations from Sweden, Kenya and Uganda.