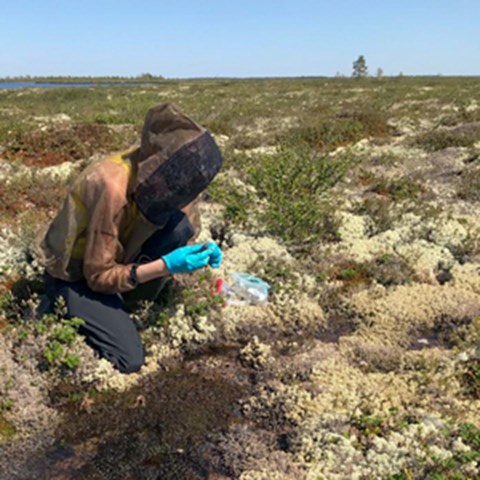 As the climate gets warmer, the permafrost will thaw, and enormous amounts of carbon bound in the tundra will be made available. This can impact the diversity of degrading fungi in the meltwater, with unknown effects on greenhouse gases emissions. This is shown in a new study lead by scientists from SLU.

The tundra is a gigantic carbon storage. In the frozen soil lies bound twice as much carbon as in the entire atmosphere. For millennia, the low temperatures have prevented microorganisms involved in the degradation of organic matter from transforming the carbon into greenhouse gases. But the climate is getting warmer, and the permafrost is thawing. This will awaken the microbes, and as a result, more than a tenth of the sequestered carbon is expected to be released into the atmosphere at the end of the current century.

As a geologic effect of thawing tundra, large, round depressions are formed in the ground, and filled with the meltwater. These are called thermokarst lakes or ponds. Large amounts of organic matter pour into the water bodies along with a microbial community that suddenly finds itself in a completely new environment and with a very different access to degradable matter than it was before the thaw. 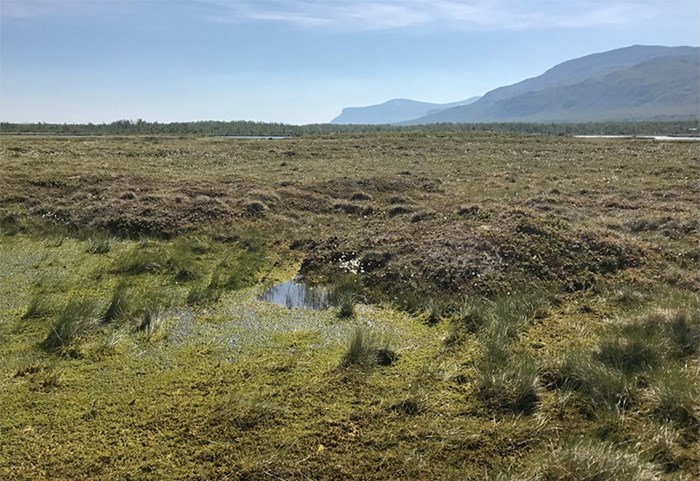 One of the 60 ponds that Mariana Kluge took samples in were situated in Abisko, Sweden. Photo: Mariana Kluge. 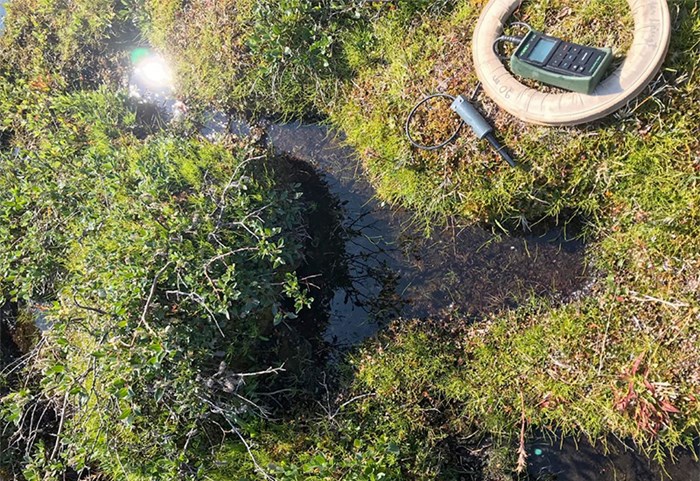 To investigate how the microbial community in the tundra is altered following warmer climate, Mariana studied ponds in five different places with permafrost: in Alaska, Greenland, Canada, Sweden and Siberia. Photo: Mariana Kluge.

It is reasonable to assume that the microbial community composition will be dramatically affected by this change. Since the tundra carbon is bound in this organic matter, and since the release of carbon as greenhouse gases occur following its degradation by microbes, a very important question for the future of the carbon is what happens to the microbes in the thermokarst lakes and ponds. In particular, water-living degrading fungi is a poorly researched area.

That is why this question has recently been examined in a large study by scientists from SLU, Germany, and Canada. The study was written by the PhD-student Mariana Kluge.

– To investigate how the microbial community in the tundra is altered following warmer climate, we studied ponds in five different places with permafrost: in Alaska, Greenland, Canada, Sweden and Siberia. These places represent a gradient from unaffected permafrost to almost completely thawed and, on each spot, we selected twelve thermokarst ponds.

In each of the 60 ponds, the scientists studied the fungal community using DNA-techniques and analysed the species within. They also examined the nutrient content of the water, and in what stage of decay the organic matter was. Such information was subsequently aligned to the composition of the community.

– The results clearly show that the biological diversity in the fungal community decreases with up to a fifth along the gradient, with lower diversity the more degraded the permafrost has been already, says Mariana Kluge.

– It is obvious that the huge increase in available degradable carbon benefits certain organisms and allows them to dominate the biotope at the expense of other species. Also, places with similar organic matter quality shared a higher number of fungal species.

– Our results thus demonstrate that as organic matter becomes available in the thermokarst ponds, the composition of the fungal community changes. This, in turn, can increase carbon circulation and most likely leads to an increased emission of greenhouse gases. 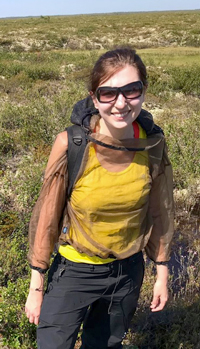