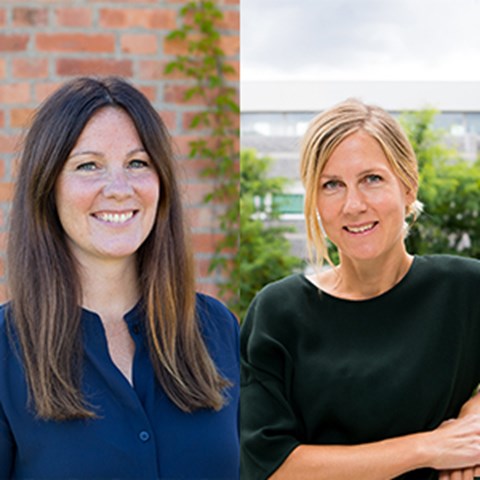 This year, two SLU researchers are awarded one of the most prestigious research grants in Europe, a starting grant from the European Research Council (ERC). Barbara Locke Grandér will explore resistance to Varroa mites in honeybees, while Maria Westerholm's goal is to increase microbial productivity in the production of biogas. The researchers will receive approximately 1.5 and 1 million euros respectively over the next five years.

The ERC is Europe’s premiere funding organisation established in 2007 to promote the careers of the most promising researchers. This year, from a total of 3272 applicants, 436 ERC starting grants were awarded across Europe, including 23 to researchers in Sweden. The generous funding provided by the ERC allows the grantees to build a research team, conduct excellent research and establish themselves as research leaders in Europe. This is the third time that researchers at SLU have been granted a starting grant from the ERC, and this time it concerns two researchers.

Barbara Locke Grandér is a researcher at SLU's Department of Ecology in Uppsala. She grew up in Canada and studied biology at Guelph University, where a course on honeybees had a profound effect on her future career. She received a PhD from SLU in 2012, with a thesis on interactions between honeybees, Varroa mites and viruses vectored by the mite. She did a postdoc at INRA in France before returning to SLU in 2017.

The Varroa mite is widespread in large parts of the world today, and beekeepers need to treat their bees against the mite – otherwise the infested colony will die within 1–2 years. In a few places in Europe, including the Swedish island of Gotland, however, there are colonies that have survived for a long time without treatment, and these are the bees in focus in Barbara Locke Grandér's research.

“We know that the Varroa mite does not succeed as well with its reproduction in these colonies, but we do not know the reason”, says Locke Grandér. “It may be because these bees are good at cleaning out pupae with reproducing mites, or because of changes in the pupae’s hormonal cycle, which triggers the mite to lay eggs. I will investigate this, but also map the genetic background to the bees' resistance. The goal is to find genetic markers that can be used to improve disease resistance breeding in honeybees".

Maria Westerholm is a researcher at SLU's Department of Molecular Sciences in Uppsala. She has a MSc in biotechnology from LTH in Lund and a PhD from SLU, where she studied the microbiology of biogas production. After doing a postdoc at KU Leuven in Belgium, she returned to the research group at SLU in 2017.

In the biogas process, a large number of different microorganisms cooperate to convert organic material to biogas. The microorganisms can be sensitive to disturbances and build-up of acids and lowering of biogas yields are common consequences if the microbial cooperation becomes out of balance. Westerholm will study possibilities to overcome microbial restrictions related to acid degradation by bringing key microorganisms into close proximity in aggregates (often referred to as biofilms or flocs).

“I will map the microbial mechanisms behind floc formation, and evaluate different ways to stimulate their degradation of acids”, says Maria Westerholm. “The goal is to contribute to the development of efficient and applicable strategies to reduce the acid level in the biogas reactors and thus make the production more efficient”.

Press release from the ERC