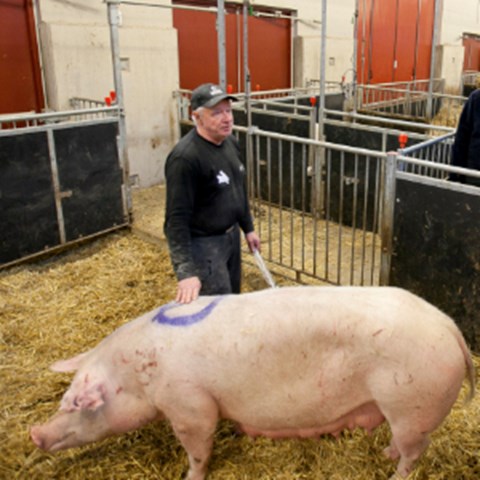 Based on a literature review and a workshop with experts, we identified many issues related to pork production. We could not find data for all issues discussed at the workshop, but in total 93 indicators were included in the assessment. We classified the issues based on who was affected and got a list of six stakeholders: pig farmers, workers, local community, consumers, society and pigs.

In this assessment, the pigs had the lowest Social Hotspot Index; showing that animal welfare is a strength of Swedish pork production. Our findings cast a critical eye on social issues affecting pig farmers, such as low income and musculoskeletal disorders. Society is also affected, for example by low contribution to employment and food security and low commitment to animal genetic diversity. The difference in Social Hotspot Index between conventional and organic pork production for the local community is related to use of pesticides in feed production, access to farm stores and ability to see pigs on pasture.

There are many expectations on pork production; animal welfare should be high and the production should be economically viable and environmentally friendly and at the same time good for humans’ well-being. In the next step, we will combine a social life cycle assessment (LCA) with an environmental LCA. 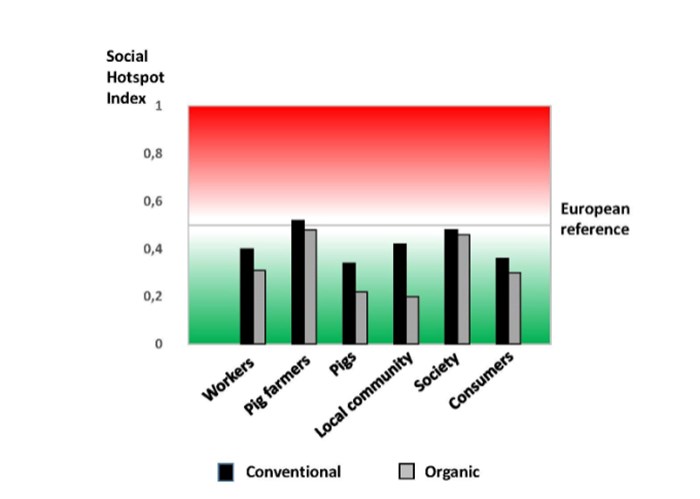 The total influence of different social aspects is described by the Social Hotspot Index for each stakeholder. A lower index value is better, relative to the reference (0.5) which reflects average social conditions for people, animals and society in Europe