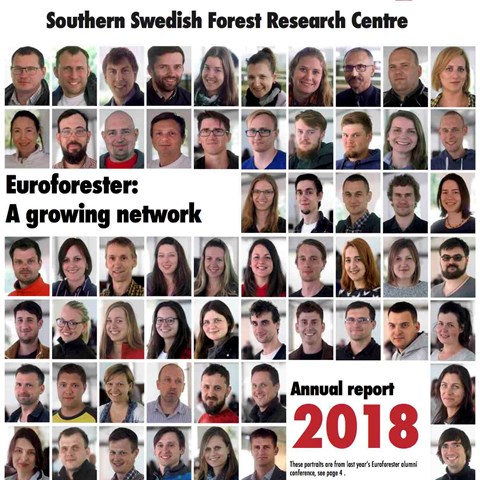 Last year, researchers at the department published just over 70 peer-reviewed scientific articles. This matches the previous yearly record year and is several times the rate at the beginning of the 2000s.
The Centre's 2018 annual report cover is adorned with portraits taken during the summer 2018 alumni conference in Estonia. Most are students who have taken courses in the Centre's flagship Euroforester Masters Programme. Many alumni in this large and growing network now hold key positions within companies, administration and universities in the countries around the Baltic Sea. The Centre's education programs began around the turn of the century, and will soon be broadened further: work is now in full swing on two new course programs. We have an exciting time to come.