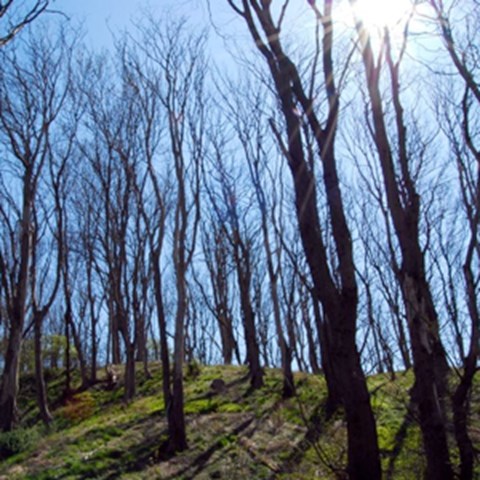 Invasive species cause great damage in forests, parks and gardens, and political action is needed to prevent and limit new outbreaks. A new study from among others SLU shows that the acceptance towards such actions is linked to media coverage of ongoing attacks and an insight into the problems the attacking species may cause.

Trade in plant material, but also leisure travel, constantly introduce microorganisms to pristine environments. Most die, but some find local hosts with no inherited resistance. The effect may be the strong decimation of an entire species.

Since these outbreaks are enabled by the doings of man, political action can be effective to limit them in scope as well as in frequency. However, as for recycling or energy conservation, a broad public understanding and cooperation is needed for actions to have effect. Thus it is important to know to what extent people in various parts of Europe recognizes these problems and what remedies they consider acceptable to solve them, as well as what factors impact this attitude. This has been investigated in a new study from among others the Department of Forest Mycology and Plant Pathology at SLU. The report has been written by Louise Eriksson in collaboration with 13 other European scientists.

- We conducted polls in nine European countries and collected replies from almost 3500 respondents, describing their awareness of, and attitude towards, eight invasive species, Louise says. We tried to infer conclusions as to how these attitudes differ between countries, and what affects them.

The eight included species were Ophiostoma ulmi (Dutch Elm disease), Hymenoscyphus fraxineus (ash dieback), Phytophthora decline on oak, beech and chestnut, Phytophthora alni on alder, Erysiphe alphitoides (oak powdery mildew), Cryphonectria parasitica (chestnut blight), Bursaphelenchus xylophilus (pine wood nematode) and Fusarium circinatum (pine pitch canker).The investigation showed that countries mainly differed in knowledge of specific invasive species. Countries affected by an epidemic in general had better knowledge of the disease; for example, the most well-known disease in Sweden and the UK was Dutch Elm disease, whereas the pine wood nematode was almost exclusively known on the Iberian peninsula. General knowledge of species also varied; in the UK, 85 % of the respondents knew at least one of the eight invasive species of the study, whilst the corresponding number in Norway was 44 %.

- We noted an unexpectedly high degree of consensus between countries regarding what counteractions were viewed as acceptable, Louise says. Information and education, stricter rules on plant production and labeling of plant origin were viewed as acceptable by ca 70 % of the respondents, while limited import of plant and plant material, or restrictions in public access to protected areas, only appealed to around 40 %.

This may be interpreted as the majority being reluctant to personal sacrifice (more expensive plant material or limited access to areas under threat, for example) to mitigate an attack, even if they are aware of the problems.

The investigation also shows that the acceptance for counteractions were greater in countries assailed by many different diseases, but unexpectedly also that both acceptance and knowledge of diseases were lower in countries with a strong forest industry. The reason for this was difficult to discern.

Mild attacks may lead to underestimation of risks

Jonas Oliva has been the leader of the project.

- Unexpectedly, respondents with personal experience of attacks had a lower degree of risk awareness and a lower acceptance for actions, he says. That might be due to most attacks not being particularly serious. An undramatic attack might cause the forest owner to underestimate the potential impact of the pathogen and the need for action.

- The conclusion is thus that knowledge of specific invasive species varies strongly between countries, Jonas summarizes, but that awareness of the potential problems and acceptance for counteractions were comparable. In general, people were positive to actions such as education, label of plant origin and regulation for plant production, but less enthusiastic about restrictions in trade or access to infected areas.

- The study also shows that media coverage of ongoing attacks, nationally and locally, and insights in the risks they bring, increase awareness of invasive species and acceptance for actions against them.

Invasive species mean species that are introduced, established and subsequently able to spread in areas where they previously did not exist. This typically occurs in two ways; through transport and trade of plant material, or through climate change expanding or changing these species’ potential geographic distribution area. Several invasive species cause serious epidemics on host plants in Sweden, such as Dutch Elm disease and Ash dieback. The invasive species Phytophthora infestans caused famine in Ireland in the 19th century and Cryphonectria parasitica practically wiped out the chestnut tree in USA during the 20th.