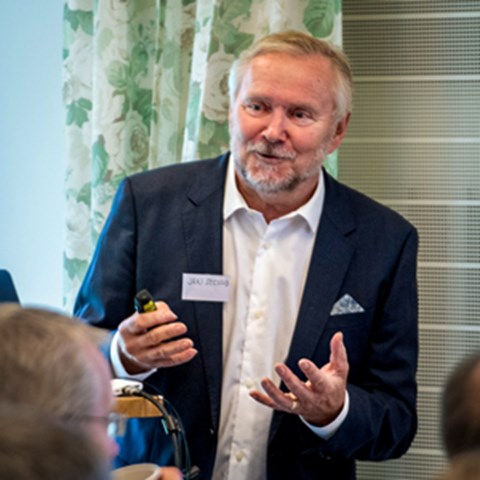 “Are you one of Jan Stenlid’s students!? He is the rock star of forest pathology!”

These words, just as hopelessly nerdy as they are endearing, were spoken in the utmost awe to Jan Stenlids PhD-student Matilda Stein Åslund at a conference somewhere in Europe. The starstruck speaker’s name is forgotten, but the mere fact that someone in their right mind would combine words such as “rock star” and “forest pathology” in the same sentence is telling to Professor Stenlid’s unique status. In a way, those words say everything that needs to be said about his career and his impact on his surroundings.

Nevertheless, there is a lot more that can be said, and also a lot more that has been said. Jan Stenlid will retire later this year, and during three days in late September, 22-24th, old and present colleagues, partners and friends from all over the world gathered at Krusenberg south of Uppsala to celebrate his glorious career.

Prominent guests from around the world

The celebration took place in shape of a symposium, a dinner and a full-day excursion in the forests surrounding Uppsala. Among the sixteen speakers were prominent names such as Professors Mike Wingfield from South Africa, Tim James from USA, Lynne Boddy from Wales and Richard Hamelin from Canada. The variety of topics in themselves reflected the scope of Professor Stenlid’s legacy: mycoviruses that both boost and impair fungal virulence, fungi causing heart rot on ancient trees, the new vastly improved assembly of the Norway Spruce genome, and nematodes used for biocontrol against serious insect-fungal symbionts threatening conifers all over the world.

Most speakers ended their talks with a personal reflection of their own meetings with Professor Stenlid, in a seemingly endless line of heartfelt accolades.

Professor Wingfield later exclaimed “This was amongst the most enjoyable Science-based meetings that I have ever attended”. I believe we all agreed. 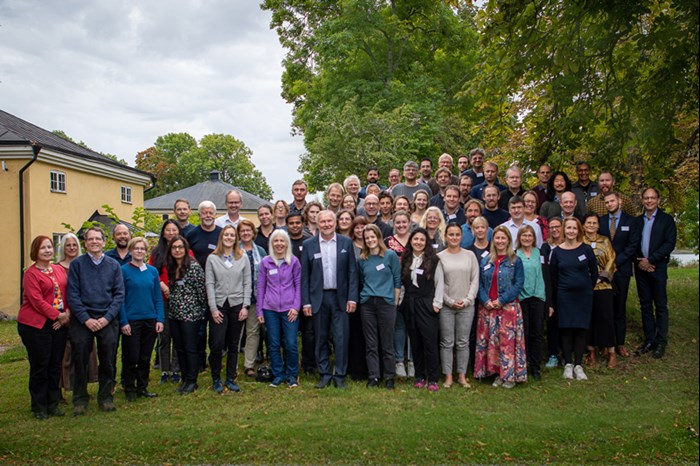 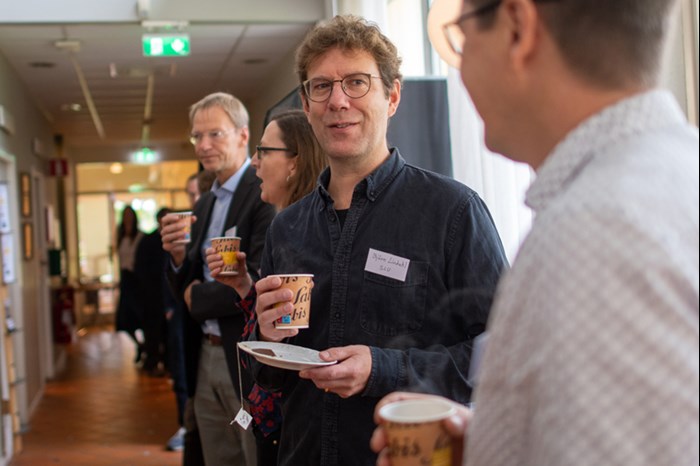 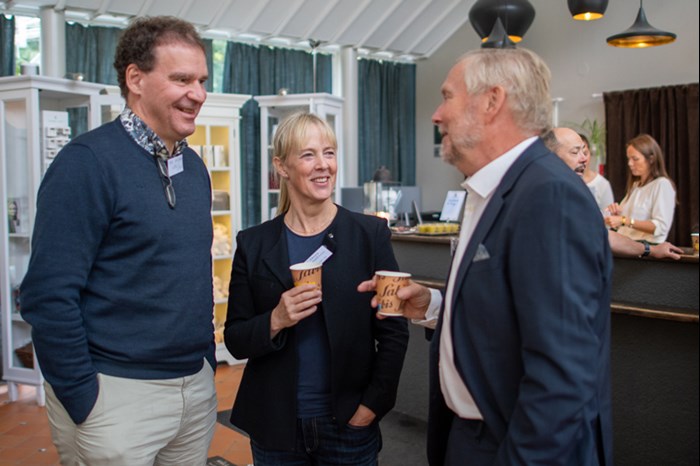 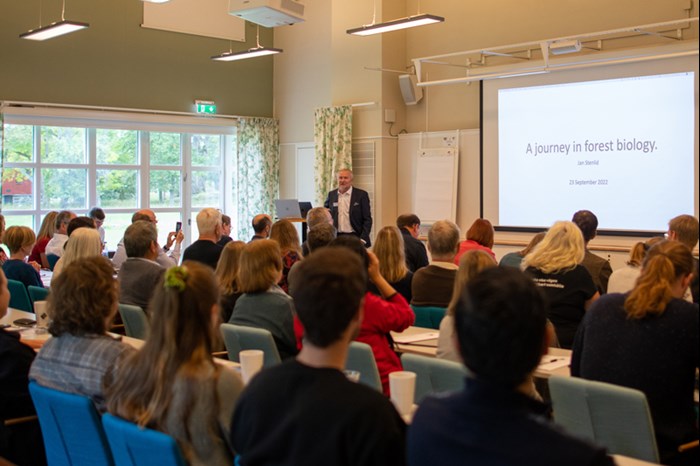 Jan Stenlid talks about his journey in the area of forest pathology. Photo: Cajsa Lithell.