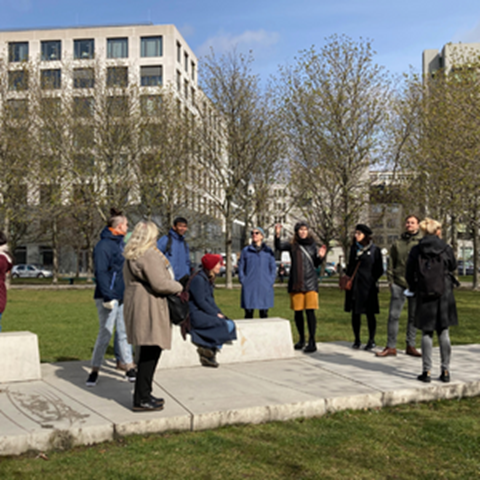 The fourth iteration of the PhD Criticality course took place during spring 2022 in a hybrid format, including an in-person core seminar in Berlin. Once again, the course was a great success with participants from different disciplinary backgrounds eager to develop interactive and synthetic critical thinking processes.

Critical theory recognizes that practice always and already informs the work of theorists. It is also attentive to the circumstances conditioning its production. As such critical theory, like criticality, is always both a reflective and situated practice. Building upon these fundamentals, the ‘Criticality in Research/Criticality as Praxis’ course aimed to mobilize the insightful force of critical thinking to enrich and help evolve epistemological norms and received practices towards new forms of knowledge production.

This year’s course focused on ‘knowledge tools for designing urban futures’ and included a core seminar in Berlin. After some weeks of individual preparation, the participants met beginning of April with the teaching team for this core seminar at the premises of feldfünf, a cultural and social platform located in the Former Flower Market urban development in Berlin’s Kreuzberg neighbourhood. A follow-up online seminar was organized two months later to help the PhD students refine their final papers.

Participants from diverse backgrounds and locations

Course participants had backgrounds in landscape architecture, architecture, environmental science, planning, participatory action research, urban design, and urban studies. Students from SLU Landscape got the opportunity to be taught together with students from several other European universities, namely the Oslo School of Architecture and Design, the Arctic University of Norway, KU Leuven, and the Hungarian University of Agriculture and Life Sciences. Some participants were actually based in Edinburgh, Berlin and Québec during their PhD studies. Adding to this international character, students’ PhD projects included case studies in India and China.

The core seminar included lectures by landscape scholar Prof. Thaisa Way (University of Washington), by architect and urban developer Benita Braun-Feldweg (bfstudio, Berlin), and by course leaders Prof. Dr. Lisa Diedrich and Prof. Andrea Kahn on critical theory and on criticality in professional publications. These theoretical considerations were completed by a study tour to critical urban interventions in the Kreuzberg neighbourhood by the SLU teaching team, including Dr. Sonia Curnier.

Criticality in research and praxis

Besides these inputs from practice and theory, most seminar time was dedicated to engaging with texts on critical theory, critical thinking, criticality and reflexivity. Participants also undertook a critical writing exercise in relation to their PhD research and gave feedback on each other’s works in progress: “I really enjoyed asking and being asked questions instead of being told what does not work in my research,” one participant observed. A very constructive and stimulating dialogue emerged from the encounter between these young researchers, as one of them stated: “The course helped me be braver in formulating my own intellectual position, and to practice giving feedback to others.” The course situated critical research as a collective endeavour, as one student perfectly summed up: “I am grateful and happy to have participated in this course. It enriched me personally and gave an idea of how discussions can contribute to moving forward in one's own work”. And to collectively shape sustainable urban futures, one might want to add. 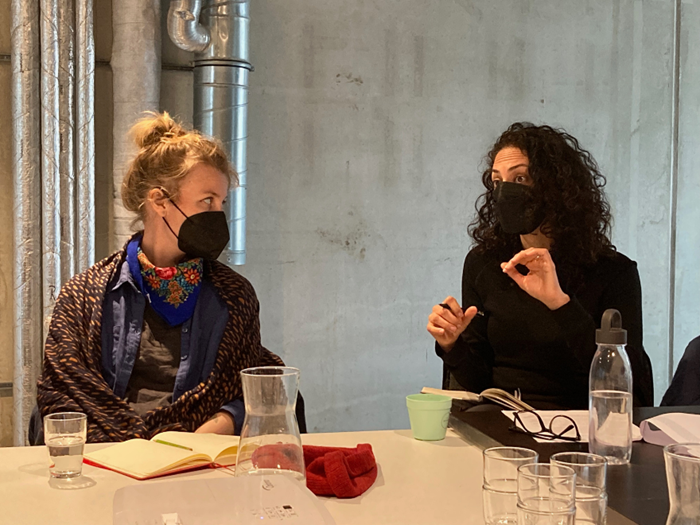 The Criticality course structure allows for an intensive exchange among the PhD students. Photo: Sonia Curnier. They engage with literature on critical theory and critical practice. Photo: Sonia Curnier. 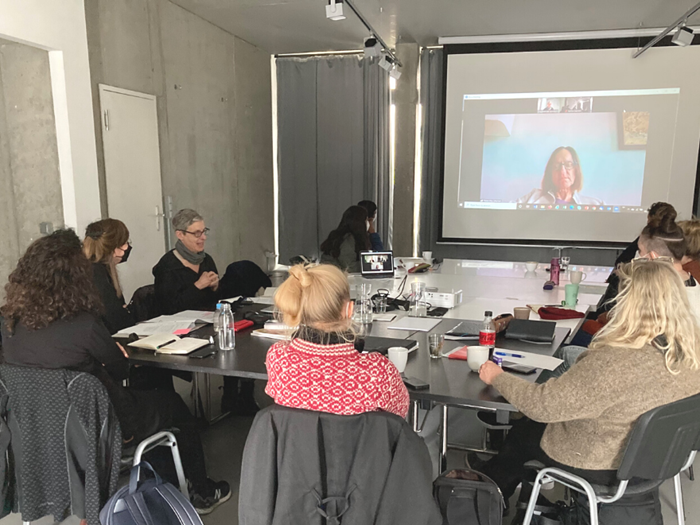