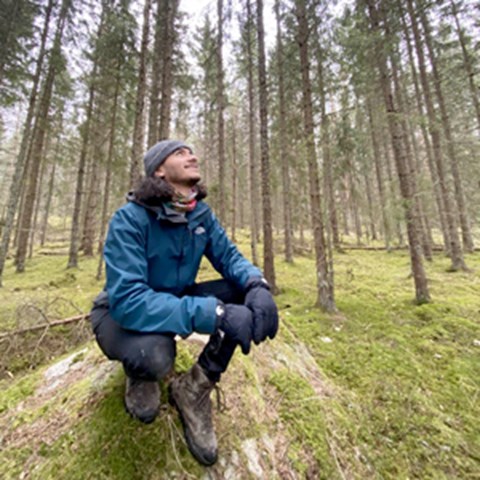 There is a large variation in Norway spruce in resistance to the fungi H. parviporum and H. annosum s.s. This is shown in Hernán Dario Capador-Barreto's new doctoral thesis. The results can be used in the Swedish breeding program to promote spruce genotypes that are more resistant to the fungi and help to control the spread of root rot in future forests.

Forest products make up around one tenth of Sweden's total exports. A large part of the trees that are felled and processed into forest products in the Swedish forest industry are Norway spruce, Picea abies, which makes up around 40% of the trees in our forests. Norway spruce has basically two major pests in Sweden, the most widely discussed right now is the spruce bark beetle due to the massive attacks we saw after the drought in 2018. The other major pest that may not have been as visible in the debate lately is the root rot fungi of the species complex Heterobasidion annosum s.l. Seen in a longer perspective root and stem rot, is at least as big a problem for forest owners as the bark beetle attacks.

In Sweden there are two species of Heterobasidion, Heterobasidion parviporum and Heterobasidion annosum s.s. Both species can infect spruce and cause root and stem rot. The decay can reach many meters up into the stem and make it useless for saw timber. The spores of the fungi infect fresh stumps after thinning or felling, and the fungus grows down into the root system. From there, it can spread to adjacent, healthy trees via root contacts. The fungus can also stay alive in stumps and root remains for decades after the felling and from there attack and damage the next generation of trees.

To reduce the infestation of Heterobasidion, Swedish forestry has adopted new management regimes and today stump surfaces are treated with biocontrol preparations immediately after felling. Despite this, about 15% of Sweden's spruces have root rot when they are harvested, and the proportion increases by about 3 percent units per decade.

Since it is difficult to target the fungi that has already colonized a site, it would be good if the Norway spruce replantation material held good resistance to Heterobasidion. For this to become a reality, Sweden's forest tree breeders need both more knowledge about what constitutes resistance to Heterobasidion as well as methods for finding the most resistant trees and using them in the breeding of Norway spruce.

The aim of Hernán Dario Capador-Barreto's Ph. D. work at the Department of Forest Mycology and Plant Pathology at SLU was to support Sweden's forest tree breeding by describing and comparing the genetic variation in Norway spruce that controls resistance to H. parviporum and H. annosum s.s. 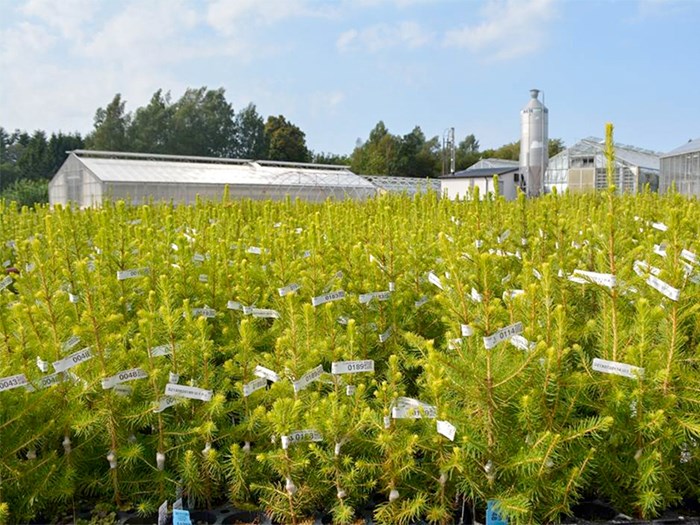 Testing of resistance in seedlings in a nursery. Photo: Hernán Capador Barreto. 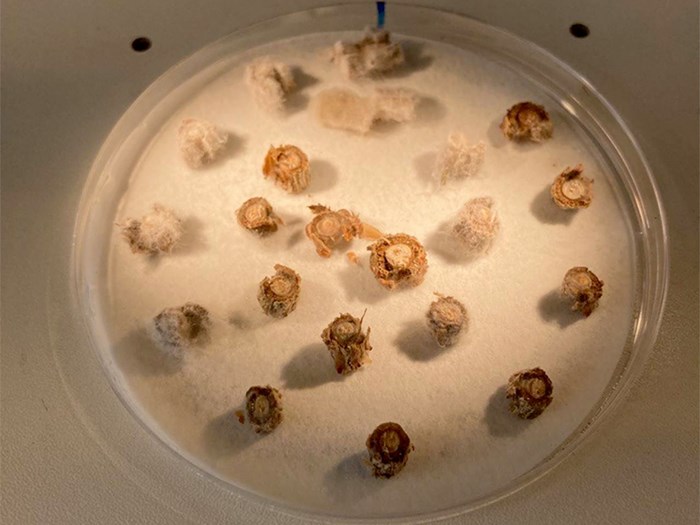 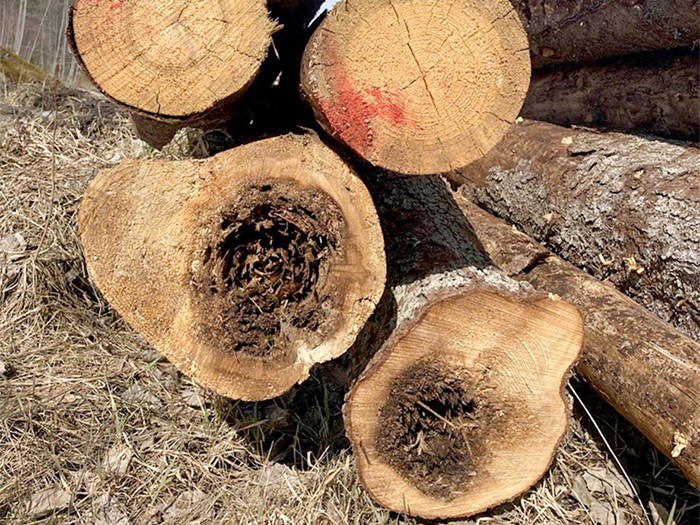 Markers for resistance to more than one species of Heterobasidion

In his recently published doctoral dissertation, he shows that there is large variation in the levels of resistance to both H. parviporum and H. annosum s.s. among Norway spruces trees in the Swedish breeding program and that the resistance has a high heritability, ie the Norway spruce genotype has a large impact on how resistant it is to root rot. However, the resistance to different species of the fungus is not correlated.

– We found that the offspring from a specific tree could have very good resistance to one species of Heterobasidion but not to the other. We also saw that the environment the spruces grew in affects how much the measured resistance varied, says Hernán.

Hernán and his co-authors then analyzed whether they could identify new genetic markers in Norway spruce that could be used to find trees that have good resistance to H. parviporum and H. annosum s.s. or against both fungi simultaneously.

Genes that help slow down the infecting fungus

– An exciting positive pleiotrophic marker is the laccase PaLAC5, the gene is active in the bark right next to the infection with Heterobasidion. Together with results of other researchers, we know that PaLAC5 is activated during stress, and we think it helps to produce defence substances and lignin in the tissue that slow down the infecting fungus, says Hernán.

Spruces in Europe and North America have common markers of resistance

In his third paper, Hernán studied the known resistance marker PaLAR3, which controls how fast H. parviporum can spread in Norway spruce wood. Hernán compared the DNA sequence of PaLAR3 in Norway spruce with the DNA sequences of North American spruce species to understand how it changed during evolution. In Norway spruce, the variation in is likely to have been maintained through what is known as balancing selection. The fact that a gene is under balancing selection means that it has relatively few variants with relatively even (balanced) frequencies, which are also stable for many generations.

– Our results indicate that PaLAR3 was under balancing selection before Norway spruce and the North American white spruce separated from each other and became different species, says Hernán.

Another method that Hernán has used in his Ph. D. work is gene expression studies. In these studies, he and his colleagues examined which genes are active in Norway spruce and H. annosum s.s.  before and after infection, respectively, according to the hypothesis that genes that control resistance or infectivity are turned on or off when the fungus infects spruce tissues. The study used Norway spruces with different levels of resistance and H. annosum s.s. individuals with different virulence. By virulence, researchers mean how far fungal individuals can spread in the tree and how many disease symptoms they cause.

The experiment showed that Norway spruce individuals with relatively high resistance to Heterobasidion reacted in a robust manner. Regardless of which fungal individual they were infected with, approximately the same group of genes were active after the infection.

– Among the active genes, there were several genes involved in recognition of Pathogenic microorganisms. In contrast, the gene expression in the more susceptible Norway spruce individual was more variable. The activity of genes in the susceptible individual depended on the severity of the disease symptoms caused by the fungus, concluced Hernán.

Hernán Dario Capador-Barreto’s doctoral theses ” Genetics of disease resistance in Norway spruce (Picea abies): a look in the past with an eye to the future”