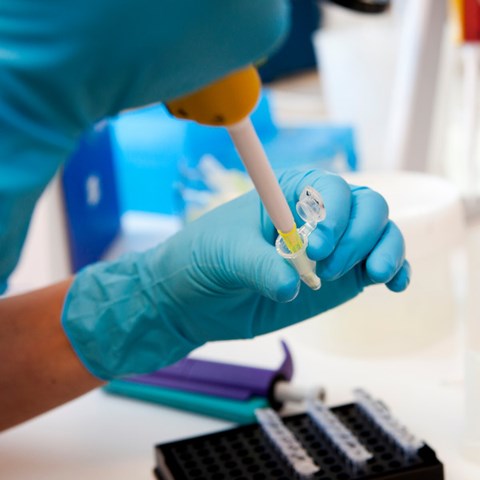 For the first time, researchers have shown that one fungal species can control the behavior of another fungus using secreted RNA molecules. It has important uses in food safety to protect crops from harmful fungi.

The fungus Clonostachys rosea can live both as a parasite on other fungi and on dead organic material. When C. rosea encounters harmful fungi such as Botrytis cinerea (causes gray mold on fruits and berries) and Fusarium graminearum (causes root and stem base rot as well as head blight in wheat) it overgrows and kills the harmful fungi. These pathogens can also secrete toxic substances, mycotoxins, which destroy crops. Therefore, C. rosea can be used as a biological plant protection product.

C. rosea has a secret weapon that can prevent harmful fungi from secreting harmful substances during the interaction. This plant protection fungus has enzymes that cleave RNA filaments into small RNA strands that cause interference to surrounding fungi.

Now SLU researchers, together with a colleague in India, have for the first time investigated the role of these enzymes and the RNA strands that are produced when C. rosea fights harmful fungi.

– Our results show that some of these enzymes play an important role in processes involving growth, metabolite production and antagonism against harmful fungi, says Edoardo Piombo, one of the researchers behind the study.

By removing the genes that encode the enzymes, the researchers were able to investigate the function they play when fungi parasitize on each other. For example, C. rosea's ability to control stem base rot on wheat, caused by F. graminearum, decreased when genes encoding these enzymes were turned off.

– It is very exciting that we, for the first time, have been able to show that one fungus, in this case the plant protection fungus C. rosea, can control the behavior of other fungi! It is important to be aware of these mechanisms when we improve the environmentally friendly plant protection of the future, says Mukesh Dubey, another researcher behind the study.