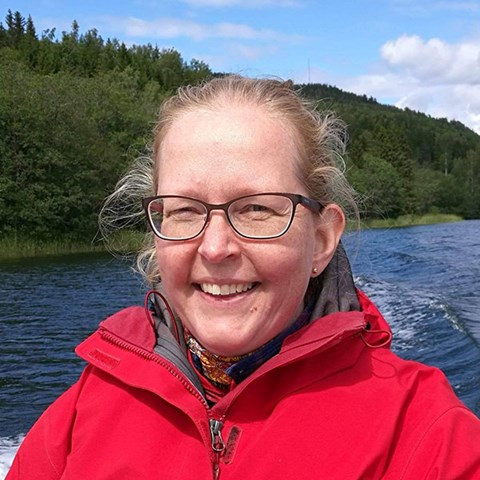 With satellite maps and Google Maps in almost every phone, it's easy to think we have all the maps we need. But in fact, the Swedish terrain is rather poorly mapped. When you walk in the forest and follow a map, it does not take long before you find a stream or a wetland that is not on the map.

Swedish terrain maps lack 91 percent of ditches, 75 percent of straightened watercourses, 55 percent of natural watercourses and 64 percent of wetlands, according to a comparison with national field data. The maps we have become accustomed to were produced with the help of aerial photographs and field mappings that were carried out in the 1930s to the 1970s. However, aerial images and modern satellite images share the same limitations when mapping forested landscapes – it is not possible to see small streams and wetlands under the tree canopy.

But today's modern laser technology can do that, from the laser scans we now have access to enormously detailed information about topographical conditions in Sweden. By combining laser measurements with field data from national inventories and human expertise, we can train an Artificial Intelligence (AI) to draw maps with higher accuracy. This technological leap has enabled SLU to release a new digital soil moisture map for the entire country, produced with laser data and AI. On Swedish traditional maps, only 36 percent of the wetlands were marked, while SLU Soil Moisture Map (in Swedish) captures 79 percent of the wetlands. In addition our research group have used AI to improve the mapping of ditches from 91 percent missing to capturing 86 percent, using laser data and Deep Learning. The maps are of great interest to forestry practitioners, but also for all other land-use purposes.

Speaker is Anneli Ågren, Researcher at the Department of Forest Ecology and Management, SLU.

The lecture series Worth knowing Umeå is a collaboration between SLU´s environmental monitoring and assessment, the Faculty of Forest Sciences, the SLU University Library and the Division of Communication.