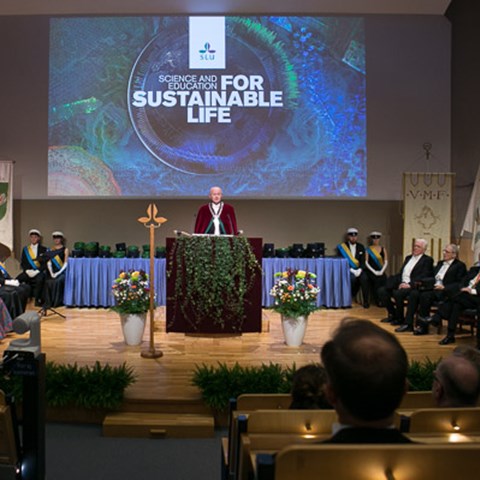 SLU’s annual doctoral award ceremony took place on Saturday, October 6, in Uppsala. Diplomas, rings and laurel wreaths or doctoral hats were presented to 53 doctors by examination, 4 jubilee doctors, and 6 honorary doctors at SLU’s four faculties. The ceremony also recognised those who have made valuable contributions to the university in various ways.

The doctoral award ceremony is SLU's largest ceremonial occasion. The ceremony was solemn – as expected – with processions, festive music and evening dresses.

Vice-Chancellor Peter Högberg began his opening speech by stating that SLU is a proud, young and internationally renowned agricultural and environmental university, and gave examples of how the university is placed in various international rankings. He also mentioned the recent evaluation project Quality and Impact 2018, in which SLU´s research and collaboration with the surrounding world were rated Good to Excellent.

The conferment of doctoral degrees was done by faculty. Also recognized were those who received SLU's excellence awards and medals for distinguished sevice.

The ceremony was following by a dinner at Uppsala Castle.

Presentation of honorary doctors at SLU 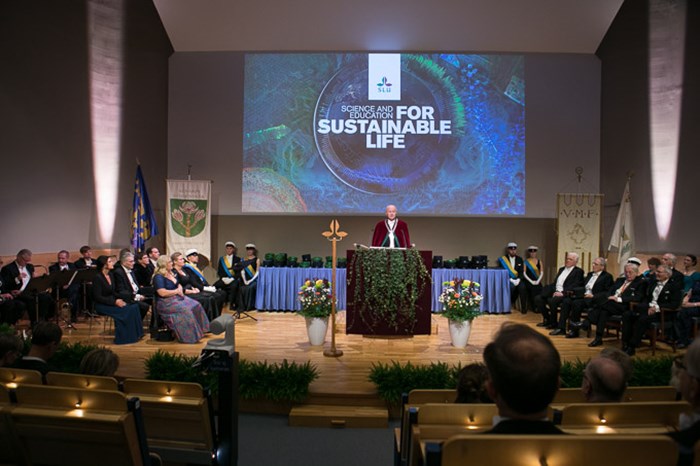 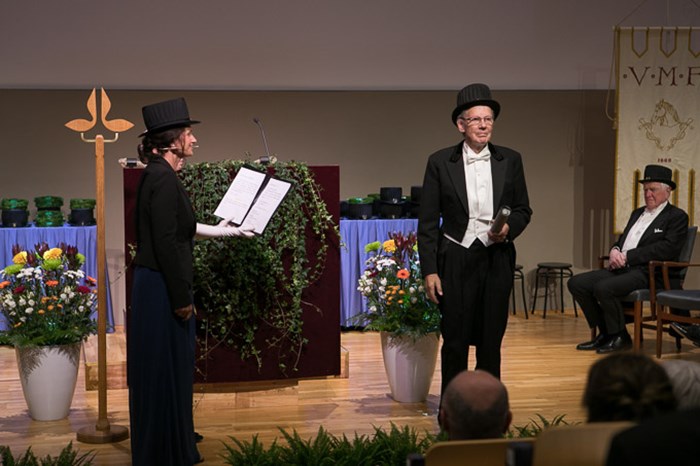 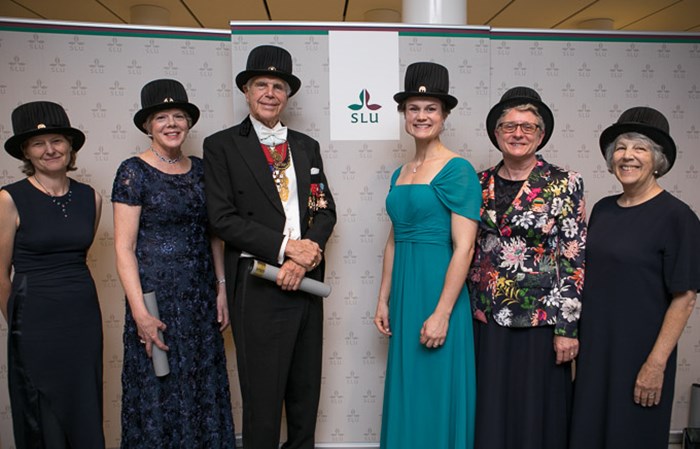 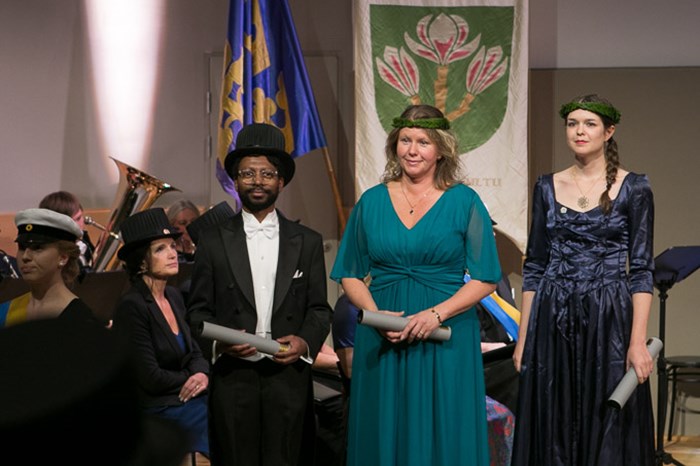 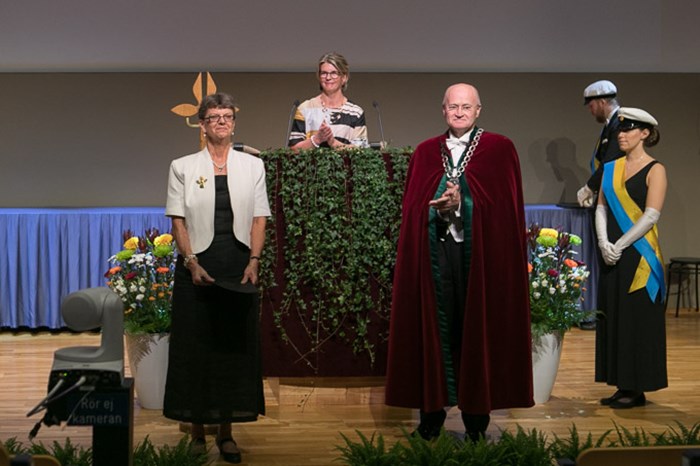 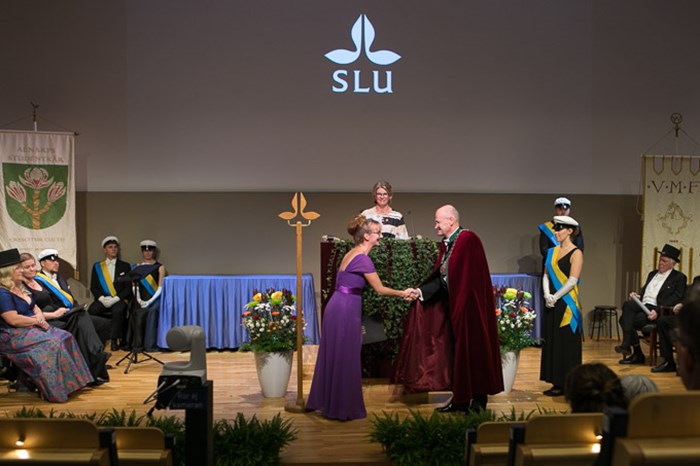 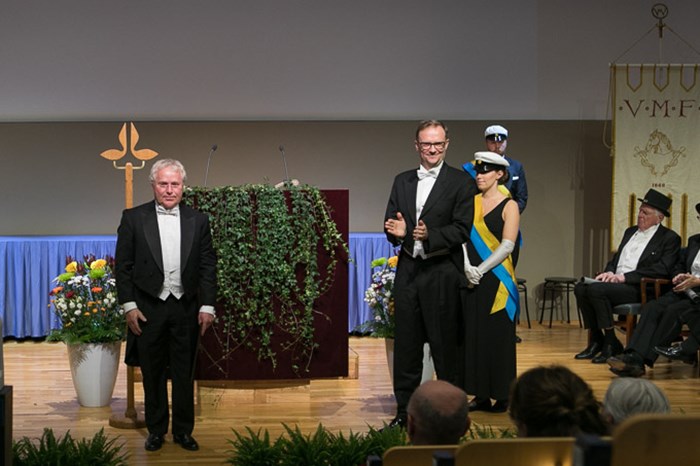 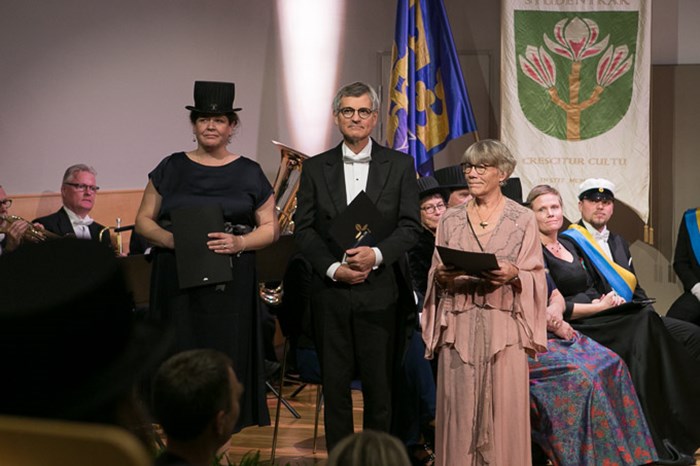 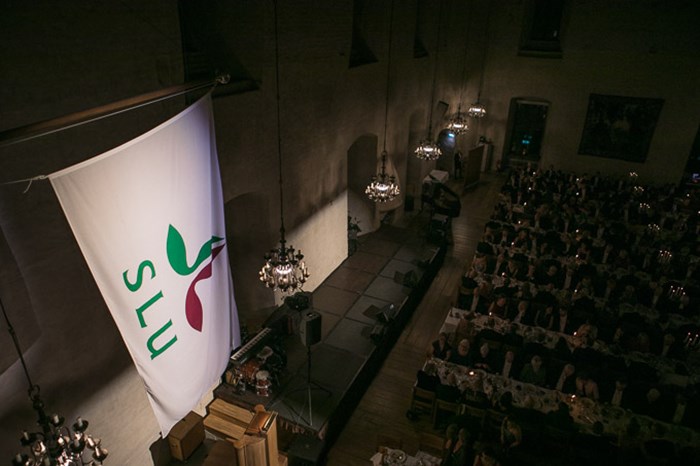