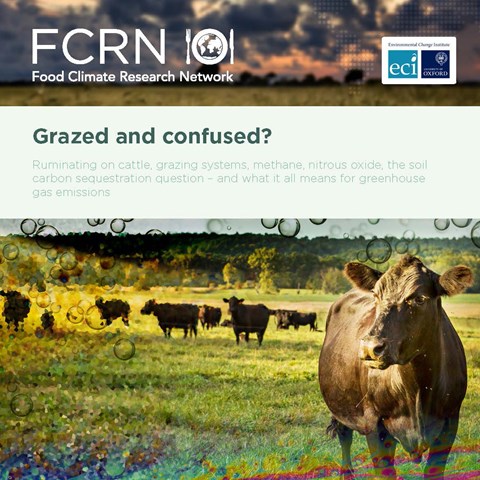 The report "Grazed and confused" was released October 3. Elin Röös, a researcher at SLU, has participated in the work on the report within her assignment for EPOK.

The international research group, led by the Food Climate Research Network at Oxford University, has summed up the net contribution of grazing animals to the greenhouse effect.

Leading author Dr Tara Garnett explains that the main conclusion is that grazing animals have a negative impact on the climate, compared to eating plant based foods.

–This report concludes that grass-fed livestock are not a climate solution. Grazing livestock are net contributors to the climate problem, as are all livestock. Rising animal production and consumption, whatever the farming system and animal type, is causing damaging greenhouse gas release and contributing to changes in land use, says Tara Garnett.

It is further stated in the report that certain pasture-based systems on fields with high potential for storing carbon and low animal density, the carbon deposition in the soil can compensate for the methane emissions from the ruminants. However, it has to be considered that the sequestration decreases over time and is reversible.

The Food Climate Research Network, has led the work in close collaboration between researchers at Oxford, Aberdeen and Cambridge Universities, UK; Wageningen University & Research in the Netherlands; Swedish University of Agricultural Sciences; CSIRO in Australia and the Institute of Organic Agriculture (FIBL) in Switzerland.