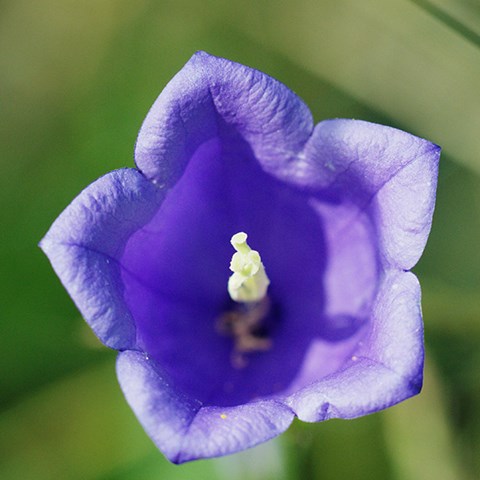 SLU researcher Alistair Auffret discovered a new way to track plant responses to climate change. Delving into floras and wildflower guides from the late 1700 until 2018, he could show how species are now starting to flower earlier and continuing to flower later into the summer and early autumn. On average, the floras showed that the flowering season has increased with almost 4 weeks over a 220-year period. Alistair Auffret believes that historical sources such as this can be an important way for us to understand how humans affect biodiversity.

Global warming has already had major impacts on the natural world. To adapt to the increasing temperatures, species can alter their phenology – important events in their life cycles such as when plants flower or when birds migrate. It is already well-known that spring leaf emergence and flowering are occurring earlier. This knowledge is often based on information that has been collected over a limited time, in a specific place or for relatively few species. This is where the historical floras can come in. With their help, we can start to fill in some of the gaps in existing phenological datasets.

Alistair Auffret had the idea for the study when a friend remarked about a species flowering earlier than its name would suggest, at the same time as a new Swedish flora was released in the summer of 2018. He was curious to see whether flowering times in floras have changed to reflect the known shifts that have occurred following climate change. After a few visits to the SLU library, scouring friends’ bookshelves and second-hand shops, and doing a few internet searches, he got hold of 20 floras. Eleven of these, published from 1798 until 2018, showed which months the different species flowered. Alistair Auffret then analysed the flowering times for 241 common Swedish species.

“It turned out that even with this broad-brush approach, we can see that species are starting to flower earlier, finishing flowering later, and flowering over a longer period”, he says. On average, the floras showed a lengthening of flowering season of almost 4 weeks during the past 220 years.

Spring flowers such as Colt’s-foot and Wood anemone are often included in national citizen science projects that track phenological change over time. Using floras means that changes can be tracked in species that aren’t generally included in such analyses. Alistair’s study shows that many well-known and well-loved species have also been affected: Harebells have extended their flowering season, Cow-parsley flowers earlier and Early marsh-orchids are now flowering for longer.

Even though historical information can be important for understanding biodiversity responses to environmental change, there are often caveats. One potential source of uncertainty in this study is that as time has gone one, those who have authored the floras have had access to more source material. This means that these botanists will have been exposed to a larger variation in flowering times that might drive apparent shifts to earlier and longer flowering, even in the absence of climate change. Alistair tried to correct for this in his analysis, but it would have been easier if the floras had contained information about how flowering times were determined.

Alistair Auffret would like to continue this work, including all Swedish species as well as extending the study to other countries.

“I hope to be able to see how climate change has affected the flora as a whole over large regions”, says Alistair. Nonetheless, this work only serves as a complement to other more detailed programmes of tracking phenological change. Therefore, it is still important that people continue to take part in citizen science projects aiming to understand how plants and other organisms respond to a rapidly-changing climate.

The article Historical floras reflect broad shifts in flowering phenology in response to a warming climate is published in the open-access journal Ecosphere http://www.doi.org/10.1002/ecs2.3683 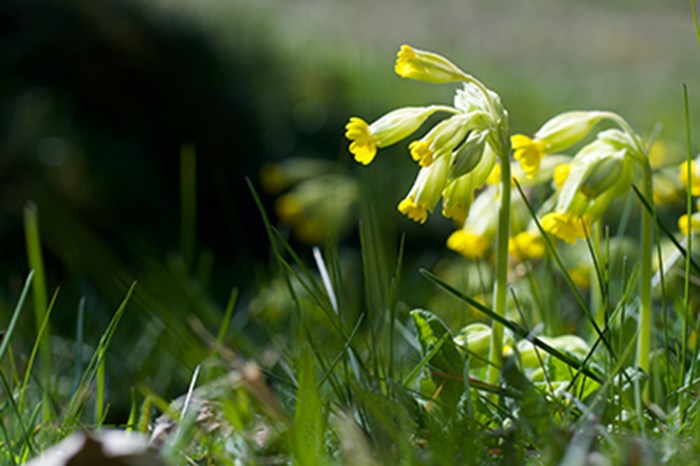 Cowslip (Primula veris), is one species that according to the study has extended its flowering season during the past 220 years. Photo: Alistair Auffret 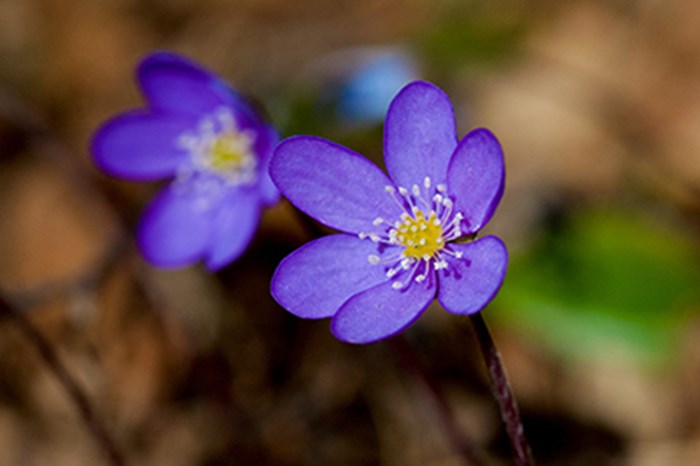 Liverwort (or Liverleaf, Hepatica nobilis), is a spring flower that was included in the study. Photo: Alistair Auffret 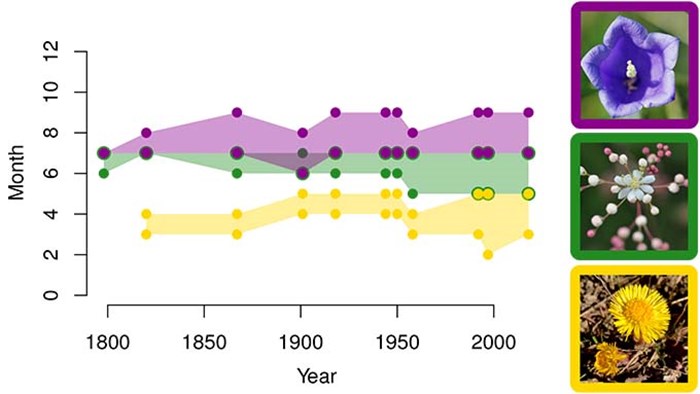 A figure from the the published article. According to the historical floras, Harebell (Campanula rotundifolia, purple) ceases flowering later and has a longer flowering period, Dropwort (Filipendula vulgaris, green) flowers earlier and for longer, while Colt’s-foot (Tussilago farfara, yellow) flowers for a longer period during the spring.