Researchers participate in the BBC documentary with Greta Thunberg 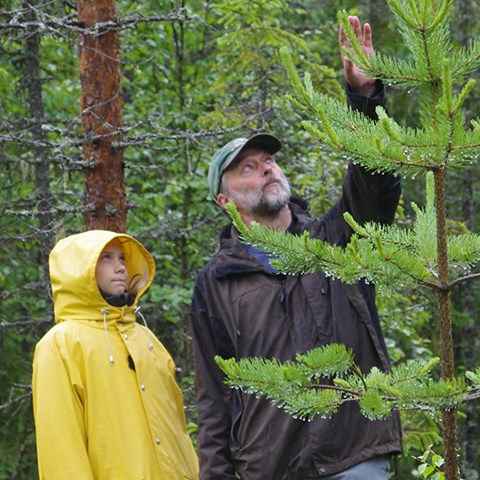 On the coldest day the summer of 2020, the SLU:researcher Achim Grelle and his colleagues Riitta Hyvönen and Bengt Olsson met BBC and Greta Thunberg in the forest. They visited Knottåsen where SLU measures greenhouse gas fluxes between the atmosphere and the forest. It was an interesting meeting that led to about two minutes visibility in the new BBC series on climate change.

The BBC documentary Greta Thunberg - a year to change the world is now broadcasted in the UK. It focuses on her journey to the climate summit in Chile and the journey across the Atlantic after the climate summit had moved to Madrid. The documentary also describes her visits to places where climate change is particularly evident and meetings with researchers.

SLU has a lot of research and environmental monitoring that is relevant in the climate context. One example is a network consisting of 15 field sites between Småland and Västerbotten for measurements of ecosystem fluxes of gases and energy. This research infrastructure improves our understanding of uptake and emissions of greenhouse gases and how these processes are affected by management and disturbances. Data from the field sites can be used in climate models and contribute to important decisions for mitigation of climate change

In the forest, tall masts are used for the measurements. On 8 July 2020, the BBC, Greta Thunberg and the researchers visited the mast in Knottåsen, in the middle of Sweden. Because of the pandemic, they became extra wet and cold, since they couldn´t gather in the small shed by the mast.

– We still had a good day with many interesting discussions with both Greta and her father Svante Thunberg. It was also exciting to see BBC in action, says Achim Grelle, researcher in ecosystem ecology.

They talked about what decides if forests act as carbon sinks or carbon sources. It is complicated. The growth, degradation and other processes of plants and microbes above and below ground determine whether the system absorbs or emits carbon dioxide on average. Since the field sites have been used for many years, it is possible to study how the gas fluxes change over time, for example as a forest grows older, and how the system responds to clear cutting, stump harvesting, forest fertilization, thinning, forest fires and storms. In the program, the SLU researchers got about two minutes.

The film scenes are from central Sweden, where it can take decades for a replanted forest to turn into a carbon sink again after clear-cutting. But still, afforestation of suitable areas can provide carbon uptake relative quickly.

– That did not become very clear in the documentary. Of course I thought I said many interesting things that they didn´t include, but that was expected in such a large TV production, says Achim Grelle.

One important point he made is that carbon dioxide uptake certainly can counteract the emission of greenhouse gases to some extent, but that must never be used as an excuse to use more fossil fuels.

– There is no other carbon store as stable as fossil carbon. If we release this carbon and store it in the forest instead, we have a carbon store that is much more vulnerable and unstable, he says.

A fun fact is that the BBC found a short film with Achim on Youtube (a lecture from a conference at the Department of Ecology) during their research. The film showed his understanding of the forest's carbon balance and that he was good at explaining complicated things in English, they thought.

– Yes, it was fun that they found the film, which is several years old. A good example of how important it is to communicate our research, says Achim.

Greta Thunberg - a year to change the world (only in UK) 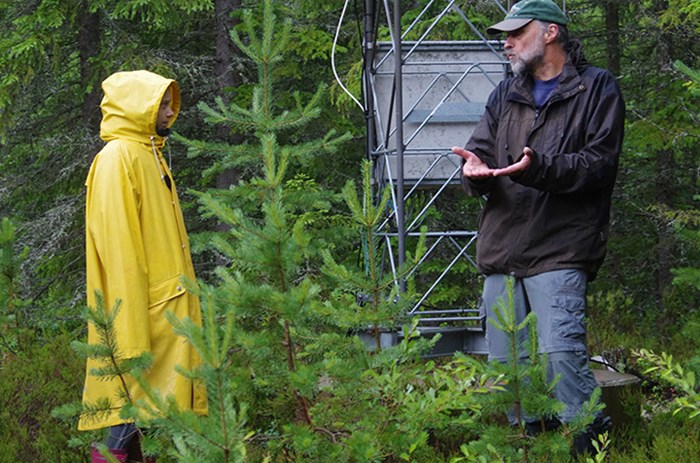 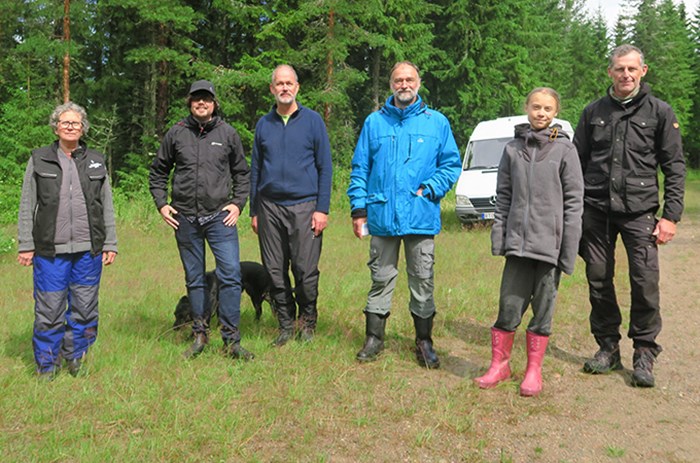 In the field. Photo: Svante Thunberg 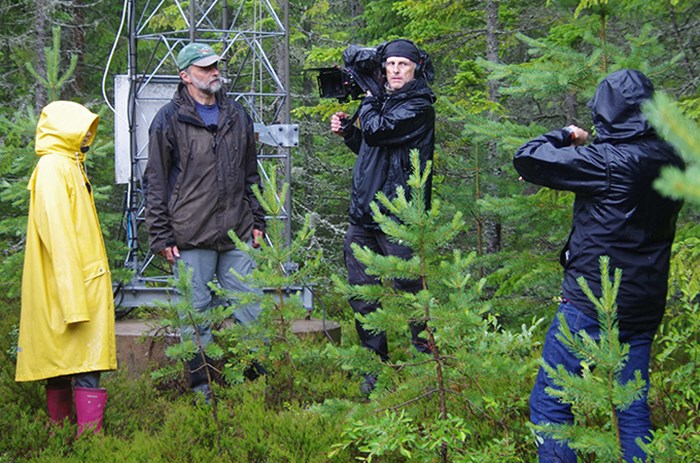