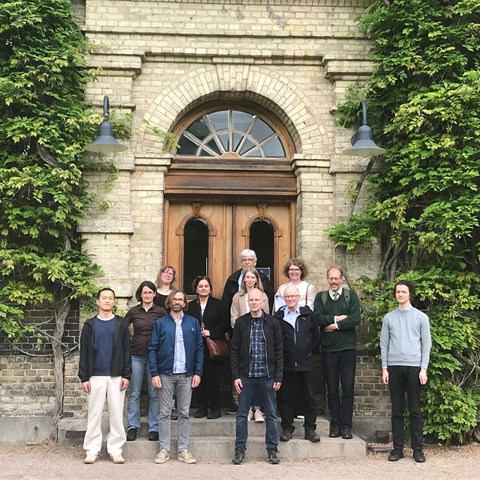 The yearly meeting for statisticians at SLU organized by Statistics@SLU was held in Alnarp, with twelve participants from Ultuna, Umeå, Alnarp and Lysekil.

The meeting started with a discussion about what has happened since the last physical meeting in Ultuna 2019. There were two new participants since last time, Sara Freyland from Ultuna and Hongru Zhai from Lysekil.

The future situation concerning the need for new positions at the statistical units were discussed.

Jesper Rydén has received money from “Strålskyddsmyndigheten” for a project concerning modelling of return values. The project will be ongoing during one year.

Annica De Groote is responsible for a seminar series in sampling during autumn.

The plans for the basic PhD courses in statistics for the coming years are the same as for previous years with some updates regarding distance teaching.

To meet future demands the centre will set aside money for travel to meet cli­ent groups at other campuses or colleagues at other sites.

Jesper Rydén gave a short and interesting seminar with the title “On counting porpoises: the bycatch problem” (“Om att räkna tumlare: bifångstproblemet”), on the statistical considerations when surveys have many observations of zero catches and how to incorporate that in a model.

The next meeting with statisticians will be in June 2023.