On March 25, the POSHMyCo project had its formal project kick-off meeting. The kick-off meeting was the first event that allowed the consortium to meet, albeit virtually. Every part of the project was clearly presented by the relevant work package representative, ranging from project management to expected events, to the exploitation and impact that are envisioned.

POSHMyCo is an acronym for “Potential of selective harvest based on mycotoxins content assessment in cereal crops”, a collaborative research project funded under the ERA-NET COFUND ICT-AGRI-FOOD.  In addition to SLU, the project consortium consists of Gent University in Belgium (the main coordinator), Aristotle University Thessaloniki in Greece, Vytautas Magnus University in Lithuania, Soluciones Agrícolas de Precisión S.L. and Universtity of Sevilla in Spain.

During the project period (2021-2023), POSHMyCo will address issues related to mycotoxin contamination of food, feed, and agricultural products, which present a serious global concern that threatens to have adverse economic and health impacts on both animals and humans. Health effects of mycotoxins range from acute poisoning to long-term effects such as immune deficiency and cancer. Animal feed contaminated with mycotoxins has also been reported to cause several animal health implications such as feed refusal, weight loss and reproduction defects. For agricultural producers, direct economic losses are related to reduced crop yields, reduced animal performance and reduced revenues due to losses of contaminated food and feed. Currently, producers do not have a validated methodology to determine toxin contamination levels before harvesting grain crops. POSHMyCo will establish for the first time a novel solution to reduce the risk of mycotoxin contamination in food products originated from barley and wheat grains by adopting smart farming technologies. This will reduce human and animal health risks, improve the economic performance and profitability for farmers and reduce environmental footprint of agricultural production.
SLU team of POSHMyCo consists of Assem Abu Hatab (CO-PI), Carl-Johan Lagerkvist and Enoch Owusu Sekyere, who will assess the economic and environmental impacts of POSHMyCo technologies and investigate factors influencing their adoption among Lithuanian and Spanish farmers. We look forward to collaborating on this great project! 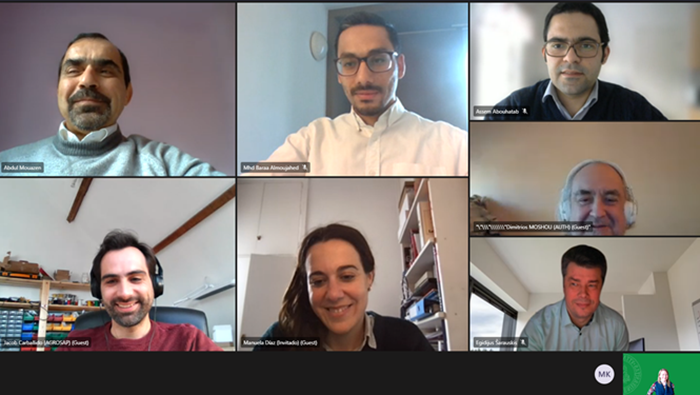 Should you need more information about the project, please do not hesitate to contact at: assem.abouhatab@slu.se