Festive ceremony when the new vice-chancellor was inaugurated

The atmosphere was festive in the Assembly Hall. The county governor and Minister for Rural Affairs were present, as were the vice-chancellors of both Uppsala and Örebro University. The ceremony began with the outgoing Vice-Chancellor Peter Högberg’s short welcome speech to incoming Vice-Chancellor Maria Knutson Wedel.

“Being the vice-chancellor means journeying through SLU together with everyone here. It means travelling around the world with new perspectives and a new, considerable responsibility. It also means going on a personal journey – an internal one.” Peter Högberg concluded his speech by wishing SLU’s new vice-chancellor the best of luck on her new travels.

After that, Maria Knutson Wedel was given the vice-chancellor’s chain of office. The chain is the highest symbol of the office of vice-chancellor, and SLU.

“I take on my role of vice-chancellor of SLU with respect, anticipation and curiosity. Since I come from another higher education institution [Chalmers], I view SLU as unique with a joint core that we all should be very proud of.”

Tuva Wrenfelt, Chair of the Joint Committee of Student Unions at SLU, had previously met the new vice-chancellor at an event in Alnarp and was impressed by how she talked with the students. Wrenfelt had also contacted Chalmers’ student union to learn more about our future vice-chancellor, and Chalmers could only congratulate SLU on its new, world-class vice-chancellor.

The inauguration ceremony was recorded and is available at SLU Play. Clicke here 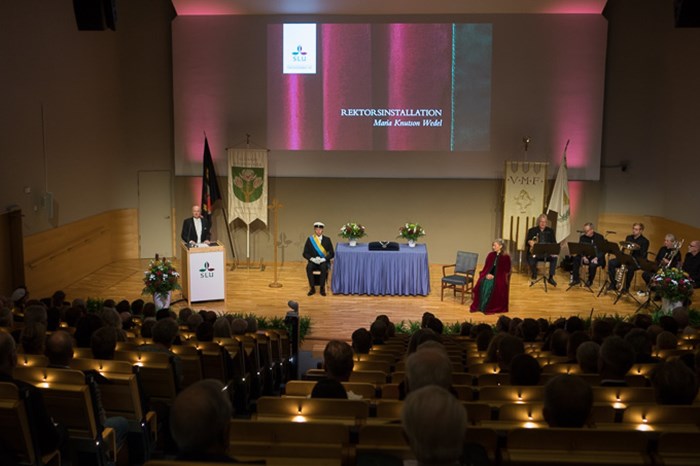 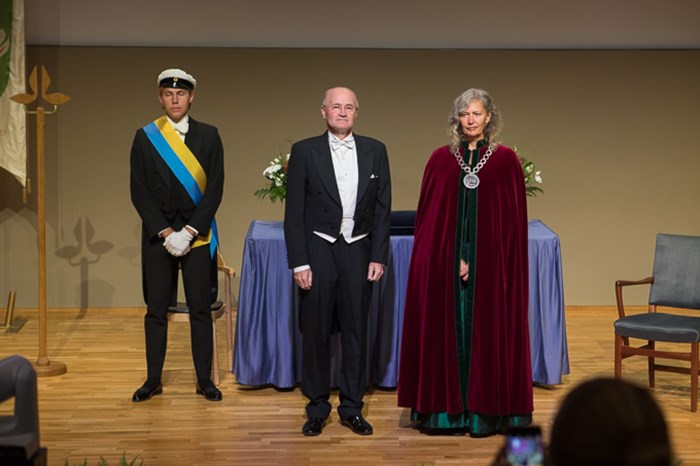 Peter Högberg has just put the Vice-Chancellor chain on Maria Wedel Knutson's shoulders. A fanfare was played. The chain is the main symbol of the vice-chancellors office and SLU. 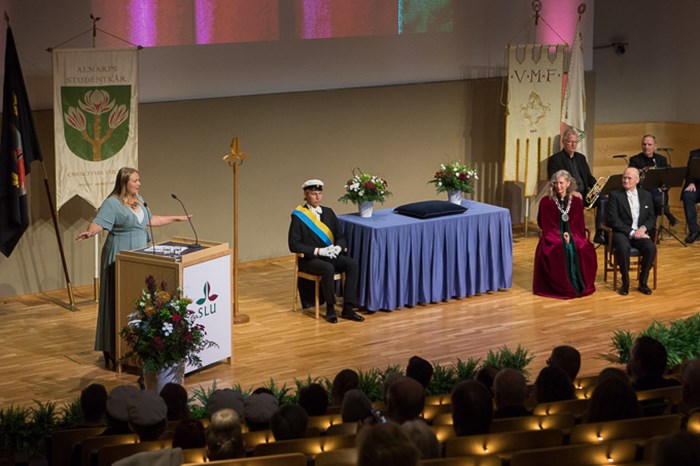 Sluss chairman Tuva Wrenfelt had contacted the students union at Chalmers, where Maria Knutson Wedel previously worked. They could only congratulate SLU on getting such a competent person as headmaster. 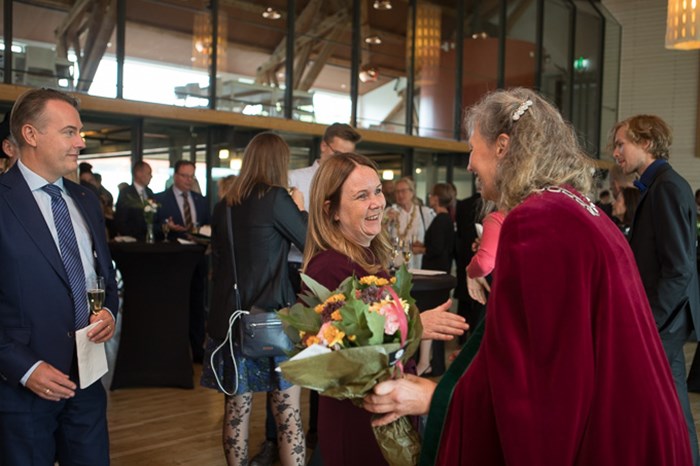