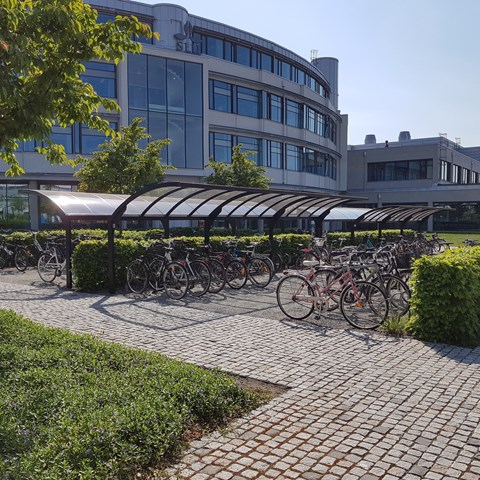 Conditions for Ultuna cyclists have improved in the past few months. Cyclists have requested a roof and more secure bike stands.

The bike stands now have roofs, and new bicycle parking stations have been placed under existing roofs in several locations. At the locations where new bike stands have been set up, it has become easier to lock the bike to the stand.

It is also possible to park your bike under roofs by both sides of the west entrance to Ulls hus, from Ulls väg. You can also lock your bike to new bike stands, under a roof, at the corner of Ulls hus, where Ulls väg crosses Almas allé.