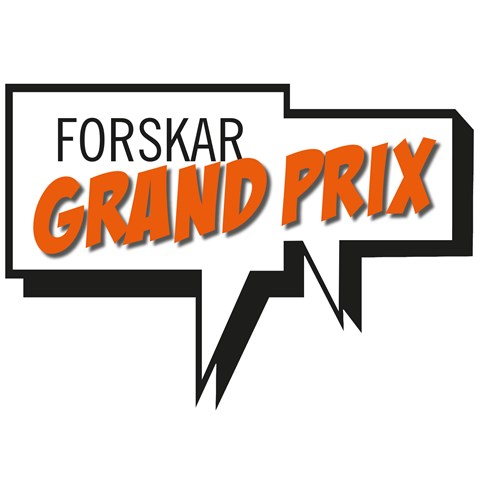 SLU and The Faculty of Forest Sciences are inviting you to participate in our local competition in Researcher´s Grand Prix 2020 – a competition that will be live broadcasted on SLU:s Facebook page, web and Youtube channel. Don´t miss this unique opportunity to sharpen your presentation skills and reach out with your research to a new audience! One lucky winner will get the golden ticket to the Finale, which will take place at Nalen, Stockholm, 16 December 2020.

Depending on the restrictions we are planning for two alternatives of the event:

1. If it is allowed for to gather a larger crowd of people, all the students at Minervagymnasiet will attend the event – the auditorium has place for up to 300 people. Other gymnasiums will be invited to join online.

2. If the restrictions still are limited to groups of maximum 49 persons, there will be one class from Minervagymnasiet attending the event – the rest are viewing it online.

We are looking forward to your registration! Please register your participation in the local competition by sending an e-mail to Anna Morén, anna.moren@slu.se, before the 31st of August 2020. We have place for up to 9 researchers to join. Researchers from Umeå university will be invited to participate.

PLEASE OBSERVE! Since it is a limited number of participants, solely the nine persons who register first will be guaranteed places in the competition.

You also need to register through this online form to get YOUR researchers page published at forskargrandprix.se.

What is Researcher´s Grand Prix and Science Slam?

Researchers' Grand Prix is a Swedish competition that has been run annually since 2012. It challenge researchers to present their research in an as captivating, inspiring and educational a way as possible – in just four minutes! A so called "Science Slam". Together, expert judges and the audience decide the winner.

Why the Researchers' Grand Prix?

There are many situations when it is useful for researchers to know how to describe their research to in a simple way – when applying for funding, when working with journalists, when engaging with the public, or at the dinner table with family and friends. Researchers participating in the contest are given training in rhetoric and stage performance, both in groups and individually, which has been much appreciated by the participants.