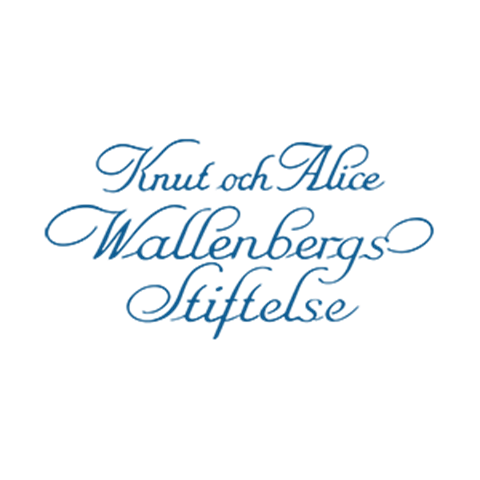 The Knut and Alice Wallenberg foundation (KAW) supports basic research in Sweden with around 2 billion SEK annually, primarily focusing on medicine, natural sciences and technology, but to some degree also research in humanities and social sciences. Besides an annual call for research projects of high scientific quality, KAW supports individual researchers through the Wallenberg Academy Fellows, Wallenberg Scholars and Wallenberg Clinical Scholars programs.

There is also several other foundations funded by the Wallenberg family.

1. Research projects with high scientific quality
Once a year, KAW invites all Swedish universities to nominate a number of proposals for research projects of high scientific potential in science, technology or medicine. A KAW project should be proposed by a research team consisting of 2-5 independent researchers with complementary expertise, who join forces to focus on a coherent research question of basic scientific nature. In general, a KAW project has a budget of SEK 15-40 million and runs for three to five years. In order to apply for a KAW project, you must submit a letter of support signed by the Vice Chancellor, to your application.

2. Wallenberg Academy Fellows
Wallenberg Academy Fellows (WAF) is a career programme designed to provide promising young researchers, up to 9 years after PhD, working conditions that enable them to focus on research and tackle difficult, long-term research questions. WAF is open to all research areas and is announced every second year (2019, 2021…). Similar to KAW projects, those applying for WAF must first be nominated by their university and also submit a letter of support signed by the Vice Chancellor to their application. Researchers who are admitted to the WAF program will initially receive five years of generous funding that depends on the research area, but around 40% of the fellows also get prolongation for another five years.

4. Other types of funding

1. PROJECT CALCULATOR
It is in general important to involve a project economist at your department from an early stage, when developing the budget for a KAW proposal.

1.1. Excel templates
Start making your budget using the SLU project calculator. When the project calculator is complete (all partners) the budget for research projects with high scientific potential and for scholars must be registered in the KAW project budget (in Swedish), which is the budget to be submitted to KAW. In WAF applications it is sufficient with in SLU´s project calculator, the KAW-template should not be submitted to KAW. KAW instructions for budget is in that case "Instead of a budget form, a specification of amount applied for is attached".

1.3. Social costs - LKP
LKP percentage is registered in the folder 2.Löner cell C10. Current LKP for SLU (in Swedish). If the application contains salaries at another university, a weighted average is to be used for the LKP. Wallenberg allows a maximum of 50% for LKP, all actual LKP above that has to be co-funded. The LKP-gap is automatically regulated in the Wallenberg project budget template.

For scholars KAW accepts a maximum charge of 25% on total granted direct costs for funding of indirect costs and facility costs.

If participation of an enterprise or an international research organization is needed in the project, the Wallenberg principle says that such costs should be budgeted as purchased services (operating costs). In case substantial participation of this kind is needed, the issue of public procurement should be kept in mind.

1.8. Budget questions and budget review
KAW wants to receive all budget questions via the university budget contact person frank.sterner@slu.se. According to the SLU internal nomination processes for project, scholars and WAF (see HOW TO APPLY below), a budget must be sent to the contact person ca three weeks before the deadline of the call.  For project and scholars the budget should be set up in SLU´s project calculator AND in KAW´s project budget. For WAF a budget in SLU:s project calculator is sufficient.

2. CO-FUNDING
KAW normally requires some level of co-funding by the involved universities, the level depends on the type of funding. In general, KAW does not provide full coverage of indirect costs and facilities, and in some cases there is also a demand for co-funding of the salaries of the applicants.

Pre-announcement of possible need for central co-funding is included in the SLU internal nomination processes for projects, scholars and WAF, see under HOW TO APPLY below.

3. FINANCIAL REPORTING
Financial reporting of KAW grants is generally done in conjunction with the requisitioning of funds. Furthermore, in connection with the final requisitioning, a financial summary of the entire grant must be appended. The Foundation reserves the right to review projects with the purpose of controlling that the funds have been used to the approved purpose. At SLU questions about financial reporting can be put to projektekonomi@slu.se

Many of the calls announced by KAW requires nomination by the host university, meaning that each proposal needs to go through a prioritization process within SLU. This applies to KAW projects, WAF, Wallenberg Scholars, Wallenberg Clinical Scholars and certain parts of the Program for Mathematics. If you are interested in applying to KAW, please contact externalfunding@slu.se or talk to the research officer at your faculty, or read more here:

Applications where SLU is co-applicant
No nomination process is needed for KAW applications where researchers from SLU are co-applicants, and in these cases KAW does not require a letter of support from the Vice Chancellor. However, since there is a need for co-financing also in cases where SLU is co-applicant, it is still important that you inform your head of department and the research officer at the faculty in good time before the deadline of the call.

SUPPORT WITH YOUR APPLICATION

If you have been nominated by SLU to write an application for a KAW project, WAF or Wallenberg Scholars, you can apply for specific support with your application. If you have more general questions about applying to KAW, you are welcome to contact externalfunding@slu.se.