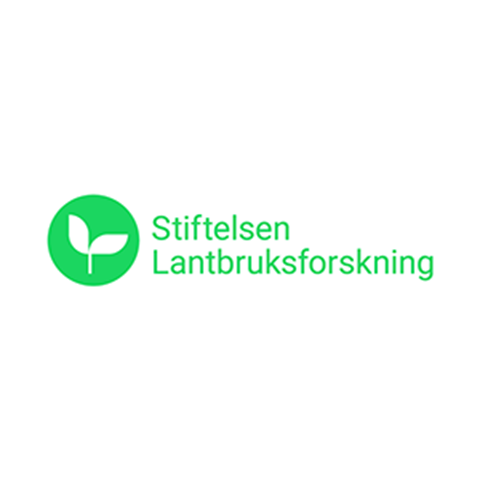 The Swedish Farmer’s Foundation for Agricultural Research (SLF) is a Swedish private foundation that supports research for a sustainable development of Swedish agriculture. As the funds primarily come from agricultural companies, with some co-financing from governmental sources (such as Formas), the foundation normally grants projects with tangible benefits that can contribute to an increased growth and competitiveness of the Swedish agricultural sector. The short-term goal of SLF is to fund projects whose results are applicable on the farm level, whereas they in the long-term also work towards solving major societal challenges such as food supply, climate change and antibiotic resistance. SLF primarily supports needs-driven research and development in four focus areas;

It is of central importance for SLF to support research of high scientific quality with a clear link to practical applicability and the current needs of agricultural companies. SLF therefore gives priority to projects that involve actors from different types of organizations/sectors, as well as different subject areas and disciplines, where a holistic approach is taken to solve the challenges of the agricultural and horticultural sectors.

SLF has an annual open call for research and development projects that aims at strengthening the competitiveness and sustainability of the agricultural sector. Since SLF highly value multi-sectoral collaboration, they request that in order to be eligible for funding, at least two different organizations must participate in the application, for example from academia, agricultural companies and advisory organizations/authorities. Normally, projects are granted for a duration of 1-3 years, with up to SEK 1 million per year. The call is divided into two stages, where stage 1 opens in April and closes in June, after which a selected group of initiatives are invited to submit a complete application, with deadline in October.

A few times each year, SLF publishes so-called “directed calls” on their website. These calls usually focus on specific problems or challenges in agricultural and/or horticultural companies, and may either be fully funded by SLF or co-financed together by other research funders.

From time to time, SLF also launches special calls, which for example can target areas outside the four focus areas, or be directed at solving specific challenges identified by a defined group of financiers. Special calls may also include various collaboration calls, both nationally and internationally.

SLF accepts OH-costs corresponding to a maximum of 25 percent of the sum applied for by SLF, including salaries, faculty, institution and university fees, as well as costs for localities. The surcharge must not exceed the actual OH-costs.

All applications to SLF should be submitted via their own online application system. Instructions on how to structure and what to include in an application are available on SLF's website, both in the "Handbook" and the foundation's "Research and development program". Here you can also find a lot of tips on how to design a successful application and read about how applications are evaluated.

In the open call, applicants submit a concept overview in stage 1, consisting of a web-based form and a short project description of maximum three pages (in Swedish). If the application proceeds to stage 2, the applicants are invited to submit a full application, which includes an extended web form, a detailed project description of maximum of 10 pages (in English), the applicant's CV and a scanned support letter from the managing organization. The reason behind why the concept note should be written in Swedish and the full project description in English, is that in stage 1, the applications are evaluated for its relevance and potential for the industry by an industrial panel, whereas in stage 2, the scientific quality is assessed by a group of scientific and relevance evaluators.

For directed and special calls, a complete application should be submitted directly.

All granted projects are obliged to submit an annual status report and a final report to SLF, following the instructions specified in each project's grant agreement. Detailed instructions and forms can be downloaded from SLF's web site.

SUPPORT WITH YOUR APPLICATION

Primarily contact you departmental financial administrator for help with creating the budget for your SLF project using the SLU project calculator, but you are of course also welcome to contact Grants Office for advice.

You can also contact SLF directly, either through their email support service, or by contacting their research manager or research secretary.

SLF:s handbook for applicants and reviewers