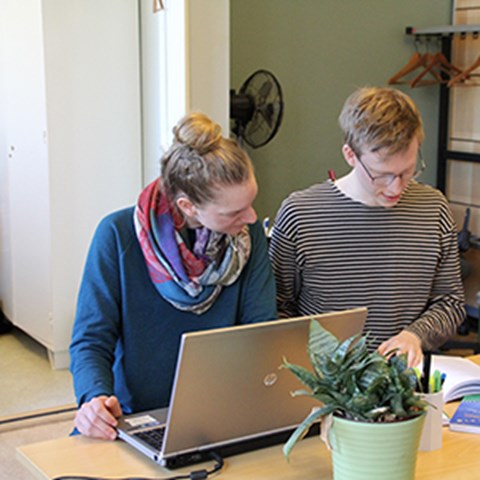 Ladok is web-based and focus on self-service, which will help to provide a better, more secure service for our students and staff. On this page you find manuals, instructional videos and information on how to get authorized to Ladok.

LADOK is a national system for study administration within higher education in Sweden. It comprises a number of sub-systems and functions that provide support to different parts of the study administration process. LADOK is not flexible enough to support the future development that is required and the decision has therefore been taken to update the system to the new LADOK.

Several new functions have been added to LADOK since its launch and there are many external users who obtain information from the system. The consortium has therefore concluded that system renewal could reduce operating costs considerably for both the consortium and the universities, while at the same time adapting and expanding the service provided to users.

Against this background, the autumn meeting of the LADOK consortium on 12 November 2009 decided to launch the implementation of the LADOK3 project. In parallel to the national project, the consortium has also decided on a new administration model and organisation that will provide operating and administration services for all activities in the form of the new LADOK.

The LADOK3 project was launched at SLU on 6 June 2013 by order of the head of university administration.

How you are affected by the transition

The new LADOK will mean changes and many improvements for those of you who work with study administration at SLU. Teachers, doctoral students, other students and those who work with follow-up on activities will also be affected by the transition to the new system.

As a teacher at SLU, you have access to the new LADOK, which means that you will carry out the administration of results directly in LADOK. You also have access to lists, such as students admitted and their e-mail addresses. You will also be able to follow up results on your courses.

The transition to the new LADOK means quite a major change for administrators at department level at SLU. You will no longer enter the credits awarded, perform registrations and extract lists for the teachers. Instead you will act as a backup to the teachers who will enter this information in LADOK themselves.

The Basics of Ladok